The Fastest Woman in the World’ Leslie Porterfield Gears Up to Set New Speed Record and Become ‘The Fastest Person in the World on Two Wheels’ Aboard Her Sir Speedy Honda. 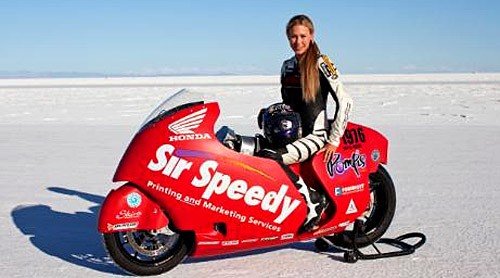 “The Fastest Woman in the World,” Leslie Porterfield is on the Bonneville Salt Flats on her Sir Speedy Honda attempting to set new records this month and become “Fastest Person in the World on a Motorcycle.” 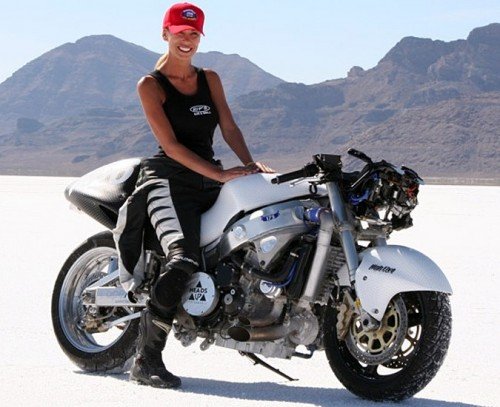 Blazing trails into the sports history, Leslie Porterfield already holds three world speed records including her current title as “The Fastest Woman in the World on a Motorcycle,” which she earned in 2008 after reaching a speed of 233 mph in the 2000cc modified class.

To do that, she has to go over 254 mph in the modified class on her Sir Speedy Honda, a feat which she aims to accomplish this month at the Bonneville Salt Flats. 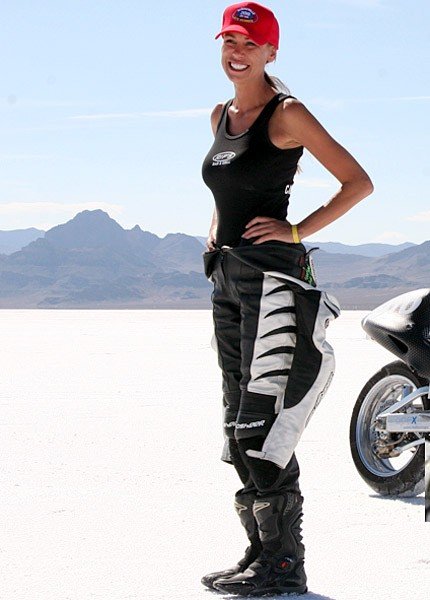 “I have dreamed of setting records,” said Leslie Porterfield. “Ever since I bought my first motorcycle at 16, I have believed that I would become the fastest person in the world.

When I first started out, people told me I was crazy, but I was fearless and forged ahead through every obstacle, motivated by the belief that I would one day set a new world record.”

Leslie Porterfield, a Texas native, is not only a top athlete, but also an accomplished businesswoman who has turned her passion for the sport into a thriving career.

With strong business acumen and a degree in accounting, she has built one of the most successful motorcycle dealerships in Texas (High Five Cycles in Dallas) where she has generated over $20 million in sales in the past 5 years.

In addition to her passion to go fast and run a successful business, Leslie is also known for her fashion savvy and designer looks which range from Chanel to Karl Lagerfeld, and Armani to Louis Vuitton.

At nearly 6 feet tall with striking looks, she commands attention both on and off the track.