MCD and OBAM announced one of the world’s greatest live superstar performers, Neil Diamond will perform at Aviva Stadium, Dublin on Saturday 25 June, 2011. 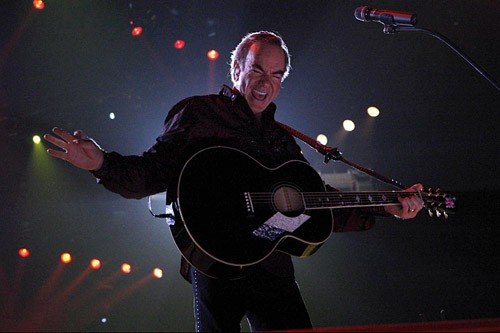 Across a musical career stretching nearly 50 years, Neil Diamond has sold more than 128 million albums worldwide. He has charted a staggering 37 Top 10 singles and 16 Top 10 albums.

Diamond’s many other achievements include a Golden Globe Award and 12 Grammy nominations. Neil was recently nominated for the 2011 Rock and Roll Hall Of Fame and inductees will be announced in December.

Neil Diamond’s eclectic and universally beloved songs as well as his charismatic and openhearted performances of them continue to make him an international force both as a record maker and a live entertainer.

Neil Diamond LIVE is a chance for fans to take a trip down memory lane as Neil performs the songs that have made him one of the world’s greatest live performers still today – Cherry Cherry, Holly Holy, Cracklin Rosie, Song Sung Blue, You Don’t Bring Me Flowers, Solitary Man, Sweet Caroline, Love on the Rocks, Desiree, Shilo and many more.

Neil Diamond live at Aviva Stadium, Dublin. The perfect gift for the one you love this Valentines Day!
www.neildiamond.com
NEIL DIAMOND
AVIVA STADIUM, DUBLIN
SATURDAY 25 JUNE, 2011
TICKETS LIMITED TO 8 PER PERSON
ON SALE THIS VALENTINES MONDAY 14 FEBRUARY AT 8.00AM
From Ticketmaster
In person: From 100 Ticketmaster Outlets Nationwide
By Telephone (24 Hour):
ROI – 0818 719 300, Northern Ireland – 0844 277 44 55
Book On Line: www.ticketmaster.ie
www.mcd.ie