The amazing Lee Evans has confirmed dates at The O2, Dublin on 26 October and at the Odyssey Arena Belfast on 28 October 2011. 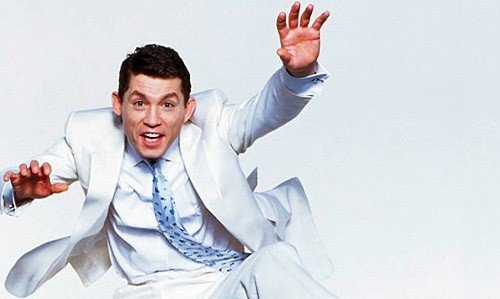 WIRED AND WONDERFUL’ was huge , XL was big BIG ,was even bigger now the legendary Lee Evans embarks on his most ambitious tour to date.

ROADRUNNER is Lee’s amazing new show with 50 nights in the biggest arenas in the country. Lee will be playing to more fans than ever on this record-breaking tour of Ireland and the UK.

From 2002 to 2008 alone he has performed to well-over a million people through his three live arena shows (Wired & Wonderful – 2002, XL – 2005, Big 2008), not to mention the millions of fans he has entertained from the comfort of their own living room with his massive selling stand-up DVD releases. 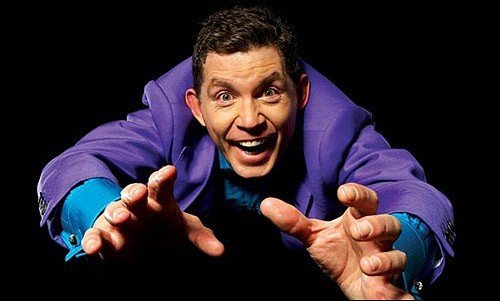 In 2008 Lee’s previous 59 date arena tour, Big saw him sell out his first show at London’s 02 Arena in just 60 minutes, making it the UK’s biggest solo live comedy gig ever at that time. This broke his own previous record from 2005 at the MEN arena where he played to over 10,000 people.

The subsequent DVD release for Big Live At the 02 broke all previous stand-up DVD sales records when it sold a staggering 259,399 during its first week and became the biggest week one release for a non film DVD of all time a record it still holds today.

Lee Evans has won many accolades in the comedy world including the highly coveted ˜Perrier Award and the Time Out Award for Comedy.

He has experienced huge success as an international film star with major starring roles in There’s Something About Mary (1998), The Fifth Element (1997), Mouse Hunt (1998) and Funny Bones (1995).

In 2007, he starred in the lead role of Alfred Polly in the ITV1 drama production of the H G Wells novel The History of Mr Polly.

In addition Lee has also appeared on BBC ONE in his own sitcom series Lee Evans- So What Now? Lee was also recently seen on our TV screens in 2009 when he appeared in the Doctor Who Easter special (BBC ONE) where he played an evil Welsh scientist, again to much critical acclaim.

During the past five years Lee has received rave reviews for his West-End theatre roles.

These include; Samuel Beckett’s Endgame alongside the legendary Michael Gambon, Mel Brooks musical The Producers with Nathan Lane plus the Harold Pinter play The Dumb Waiter, with Jason Isaacs, where he received the London Theatregoers Choice Award.