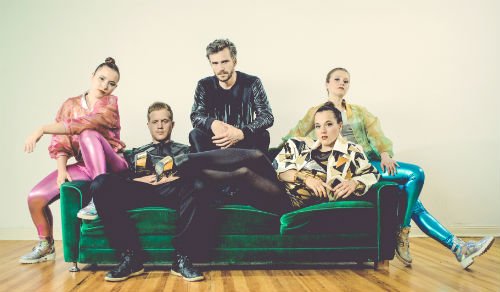 Le Very’s video for ‘Playrgound’ is taken from their forthcoming EP of the same name.

Hello Le Very – please tell us who you are and where you’re from?

We are singer and guitarist Tille, drummer Milian, singer and keyboarder Naemi, singer and dancer Ada and dancer Nuria. We are mainly from berlin but also treasure our deep eastern forest background. 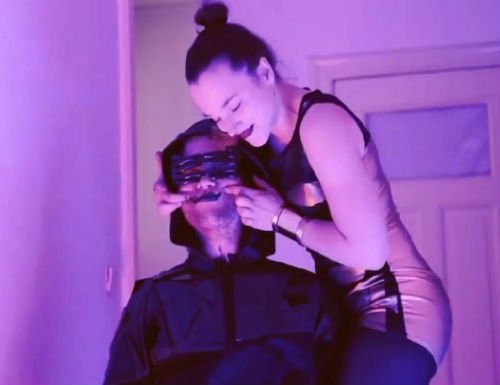 The video for track ‘Playground’ is quite odd, what’s the story behind that?

We had no idea for the plot at first. So we thought about locking us into a flat in berlin for two days straight with the rule not to talk at all. It was TILLE and NAEMI and the visual artist MAX PAROVSKY. He put a cam into each room for us to use it on ourselves. He became sort of invisible to us so we didn’t even take notice of his presence.

Your sound is very electro pop – what influenced the sound of your EP ‘Playground’?

When we wrote the songs we felt like we created various different islands of sound and ambient.

We connected them by our voices and a mainly electronic surface. The songs happened to be packed with various styles and elements that you can break down (only) as POP music. the songs we picked for the EP give only a glimpse of what is going on right now.

What are the best things about the German music scene right now?

The best thing about the scene in germany is that what happens in berlin becomes more and more important to the whole country, so all those different people living here are reinventing culture and art on a big scale. Its not only Techno, “Blasmusik” and “Schlager” anymore, but there is also a lot of warm-hearted, deep and soulful stuff coming up.

What makes you different from other bands?

You need to take a look at our video PLAYGROUND or see us live.
We try to melt strange contrasts into one shiny blend of shadow and light

What are your plans after this EP?

After releasing the EP “PLAYGROUND” we will start playing shows mainly in germany. We are constantly writing and producing new stuff because there is a great dynamic going on in the band right now.

We’re also a lot in the studio with our designer from ARTIFICIAL HAPPINESS berlin, working on new outfits and looks for the stage.
Next year we’re going to be a release our debut album. And apart from all of this we’re pretty much into surprises…

Finally, tell us a secret about the band.

The band itself feels like a big secret of its own!

We like to see this whole thing as a wilderness: a great place for fantasy, myths and projection.