Rolling Stoneâ€™s One To Watch, Dublin born Laura Ibizor has announced an intimate show at Belfastâ€™s Spring & Airbrake on Sunday 29th November. After one listen to the powerful, honey-tinged vocals on the 20 year old soul singersâ€™ debut album â€˜Let The Truth Be Toldâ€™, one thing is for sure. For Laura Izibor, it’s got to be real.

“The foundation begins with soul,” explains 20-year-old singer/songwriter/producer Laura Izibor of her passionate, piano-guided songs. On her forthcoming debut album, Izibor continues the lineage set out by artists like Lauryn Hill and Jill Scott; artists who combine a reverence for the traditions of early R&B with a thoroughly modern sensibility.

Born to a working class family in Dublin, Ireland, Izibor admits she didn’t grow up in a musical household. “My mother raised five kids on her own, so there wasn’t much time to buy records – it wasn’t that kind of home. I found myself fancying music at about 13.” Once the love for musicians like Stevie Wonder, Candi Staton, and Roberta Flack took hold, she was smitten for good. “One door opened to the next – first I discovered Marvin Gaye, and then Otis Redding, and I just fell in love with soul music.” 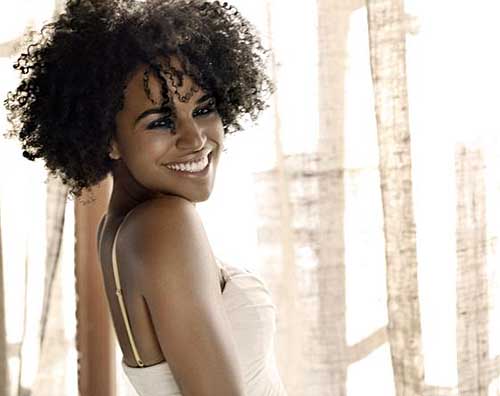 At the age of 15, Izibor won a prestigious national performance competition, the “2FM Song Contest.” At 17, she started work on her debut album, taking the time to really hone her songs. Let The Truth Be Told was recorded over the course of four years in a diverse range of cities: New York, Philadelphia, Atlanta, and Dublin among them. Laura also performed live constantly during this period, finding her true home onstage. Having performed several sold-out shows in Ireland, and opened for acts including James Brown, Angie Stone, and The Roots, she’s earned the affectionate moniker “The Soul of Ireland” from the folks back home.

Early 2009 will reveal the fruits of this process, when Izibor releases the fully self-penned and co-produced Let The Truth Be Told. “The title felt like a strong, almost biblical statement,” she explains. “I’ve written this album because it’s my truth. It’s a sincere record and it has a feel of survival in it as well.” Izibor resisted the urge to feature established artists on various tracks, instead creating a revealing, and very personal, document of this moment in her life. “I didn’t want to be anybody’s protÃ©gÃ©,” she says. “It’s very tempting to put in the reinforcements, but for my debut album I wanted it to be 100% from me.”

The songs are ripe with authenticity, from the sassy, soulful album opener, “Shine,” to the magnificent and deeply personal “If Tonight Is My Last,” to the anthemic and inspirational “Mmm,” which colored the soundtrack of Step Up 2: The Streets. With her tracks also featured on Grey’s Anatomy, The Hills, and The Nanny Diaries, Izibor has found that airing her heartfelt take on life and love has translated to the hopes and struggles of various characters, as well as to the people at home watching them. “I hope people take away a sense of honesty and realness in the record. They’re just songs written from a really sincere place, and hopefully people can connect to it on some level and relate their own lives to it as well.”

For Izibor, the process of bringing her Truth to light has had a long gestation period, taking her around the world and back. She’s poised and ready for her moment. “Life is good. Music is amazing. It’s just a great, unusual thing to be doing what I love, and I’m genuinely grateful. I come from a working class family, so my bothers and sisters and my mother worked so many jobs their whole life, just trying to provide for us. That’s why I’m extremely humbled and grateful to be able to do something that is not only what I love, but pretty unbelievable.
CDC LEISURE PROUDLY PRESENTS
LAURA IBIZOR
ROLLING STONES ONE TO WATCH / â€˜THE SOUL OF IRELANDâ€™
+ SUPPORT
SPRING & AIRBRAKE
SUNDAY 29th NOVEMBER 2009
Â£15 / 8pm /Tickets on sale this Wednesday 7th October
TICKET DETAILS
In person: From 22 Ticketmaster outlets province wide (Including Easons) / Katy Dalyâ€™s Bar
24hr hotlines: Tel: (NI) 0844 277 44 55 (ROI) 0818 719 300
Buy online: www.cdcleisure.com
www.myspace.com/lauraizibor
www.lauraizibor.com

from my heart to yours
by majestic69