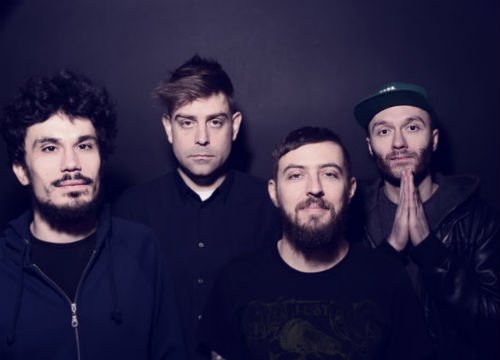 Originally formed in 2005 in Rimini, Italy, Late Guest at the Party relocated to NYC in 2011 to continue what they started in 2009 with the splendid debut LP ‘Come Back Bobby Peru’, which was released on 42 Records, one of the best-known Italian indie labels.

So Alex (Campedelli)…Do you remember when you decided to leave Rimini and to relocate to NYC? Was it a natural decision for a band like yours?

Deciding to move to NYC was a sort of natural evolution for our band. Once the opportunity to experiment abroad presented itself, we didn’t hesitate to catch it. Although the decision was easy, the process of actually moving was longer. It took us a year of Visa paperwork with the assistance of a legal team to finally relocate to Brooklyn.

How has your music evolved since your debut album Come Back Bobby Peru?

Looking back at how our music changed feels a lot like comparing our present self to our teenager self. Our music has been growing up with our age; the younger you are, the more impulsive you act. For me, at least, it was like this. Now I’m not that much older, but I definitely reflect more about the final outcome before making an actual decision. Now I choose for which party I want to fight. 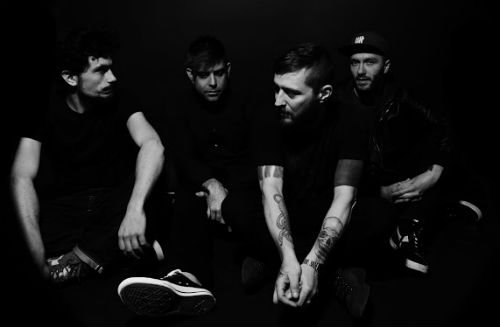 Can you tell us 5 things we should know about your LP Repeater?

1. While working on this new sound, we used to live in an apartment close to a traffic light. The music from the cars waiting for the green light gave us a lot inspirations. We decided to write the instrumental part starting from samples, an old school approach.
2. We composed more than 40 songs and then we picked 10 for the album. For those 10 tracks we used more than 50 samples taken from all kind of music we know; American rap, European electronic/house scene, German techno, Japanese experimental, and old Italian songs
3. There is a secret, uncredited artist feature on Rockstars’ Daughters…
4. It’s all about communication
5. The cover artwork is a tribute to the Joy Division’s album Total. Luca Sarti made it for us; he’s a great artist.

What’s the best and worst thing about living in Brooklyn?

We live in different neighborhoods so I can’t speak for all of us. I live in Prospect Heights it’s pretty quiet and family friendly and there are some cool hills perfect for my longboard (yes, here, in Brooklyn…)

Personally when I think about the music I only see the artistic side of it, I never think about the whole industry beyond that even if I logically know how important it is. You can create a beautiful album but still need a push to make something with it; promotion, interviews (like this one…), play shows as much as you can, etc. You’ll need a good staff even if you are a small band. This doesn’t mean you’d need many people; you could be your own staff with the help of technology. What we what to do is try to find the right compromise, but always following all the aspects of our work, from the music to the pictures, to the graphics and the videos.

Caleb, for sure. He believed in us from the beginning. He was our producer first and eventually became part of the band. In our band, we all have been working as producers at some point. And his experience in the studio as a professional one added to all our previous experiences, dj sets, side projects, and turned into something pretty amazing. We can easily work all together in the studio or online with no issue. 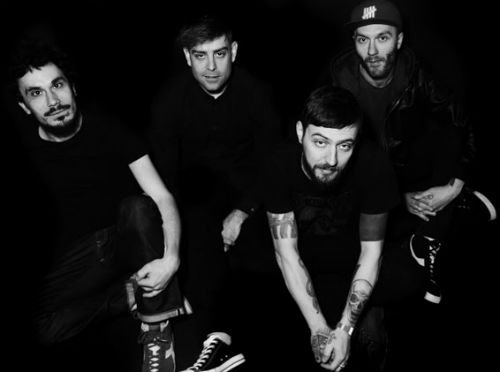 What are your fondest musical memories in your house in Rimini?

Our last show in Italy. It was at Velvet Club, which was like our second home. We said goodbye to Italy there and it felt right because we owe a lot of our musical growth to the founders of Velvet Club; Thomas Balsamini (who sadly passed away last year) and Lucia Chiavari.

What is one unforgettable live concert memory?

Every concert feels sort of epic, so I’d say our release party for our album Repeater: the venue was packed and we were all wearing black. We changed our set just one week before the concert and we did only a couple of rehearsals, but the crowd was awesome so I guess we did it right. We are always satisfied when we see the people in front of us dancing.

You should be there because anything could happen. We try to make changes at every show. Adding new songs, etc and this keeps us excited and nervous at the same time.

We’re working on new tracks. We want to release a new EP as soon as possible. We’d like to tour the USA and we’re thinking about planning an European tour too.