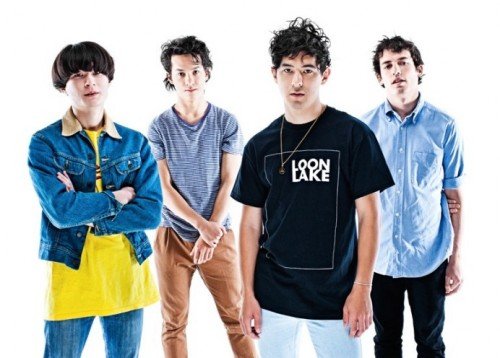 Last Dinosaurs are back with their indie pop bliss, of the new single ‘Zoom’. The track is taken from the highly anticipated debut album ‘In A Million Years’, released on October 8t, via Fiction Records.
The album is packed full with tuneful, harmonious, leftfield, indie pop anthems, like ‘Time & Place’ and ‘Honolulu’.
Last Dinosaurs, formed in Brisbane Australia in 2007, are high school friends Sean Caskey (21, lead vocals and guitar), his brother Lachlan Caskey (18, lead guitar), Sam Gethin-Jones (22, bass) and Dan Koyama (21, drums).
lastdinosaurs.com