Due to technical and production reasons the Machinehead gig scheduled for St Georges Market next Monday 1st March will now take place in The Ulster Hall. Timings remain the same, as does price and of course original tickets remain valid. There are now a very limited number of tickets available for this show 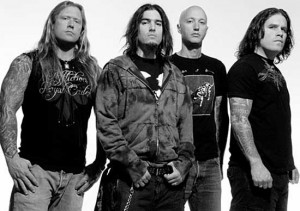 Since the release of “The Blackening” in March of 2007, Machine Head have toured incessantly, playing more than 300 shows.

And while this 3 year-long album cycle has seen the band share stages as main support to Metallica, Slipknot, Slayer, Marilyn Manson and Megadeth, headline the JÃ¤germeister stage on the Rockstar Energy Mayhem Festival, and headline the legendary Wacken festival to over 85,000 people, it hasn’t seen them on a full-fledged headline tour, playing full-length sets. Until now. 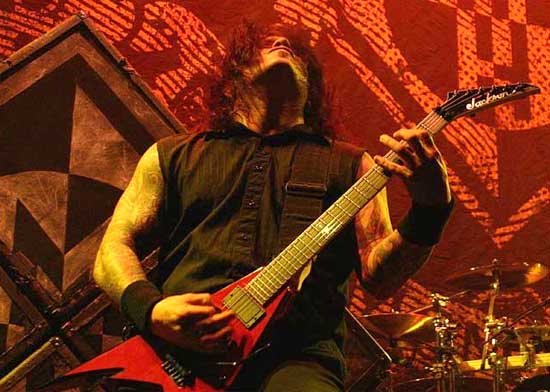 Machine Head frontman/guitarist Robb Flynn says, “After 3 years of touring we are beyond stoked to finish this tour cycle on our own terms, with our show, our stage, our production, our control and we’re lucky enough to bring three of our favourite bands along with us.

It’s going to be fucking massive!!!” Hatebreed vocalist Jamey Jasta concurs, stating, “Machine Head and Hatebreed on the same stages across Europe?!?! This will be the heaviest and most pit-inducing tour of 2010. Make no mistake, if you miss this show, I feel sorry for you!” 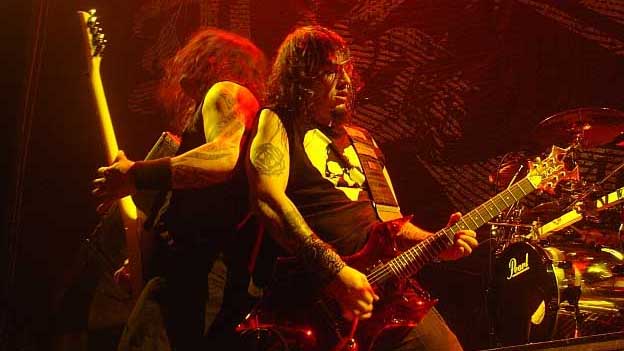 Brandan Schieppati, vocalist for Bleeding Through is equally excited. “Machine Head is a band we have all looked up to for years. We consider it an honour to share the stage with our friends in Machine Head. This will be amazing!” And Eddie Shall Perish, from heavy up-and-comers All Shall Perish adds, “This tour will be legendary! We are beyond honoured to be a part of this epic event.

These bands have all been huge influences to our music and our devotion to this scene. Machine Head are hometown heroes and Robb Flynn has been championing our new album all over the world and we couldn’t be more thankful to Machine Head for wanting us to be on this insane tour! We also can’t wait to destroy Europe with all our friends in Hatebreed and Bleeding Through! Fuck yeah, this tour kills!!!”

MACHINE HEAD were in London in August to pick up the â€˜Inspirationâ€™ trophy at the annual Kerrang! Awards. This special achievement award will rack up alongside their previous 5 Kerrang! Awards, which theyâ€™ve received during an illustrious career that has spanned over 15 years.

â€˜The Black Processionâ€™ will mark the end of the touring cycle for “The Blackening”, making it the ABSOLUTE last chance you’ll have to catch Machine Head live before they knuckle down to write their next album. So grab your tickets early, because you KNOW you don’t want to miss this show!
www.machinehead1.com