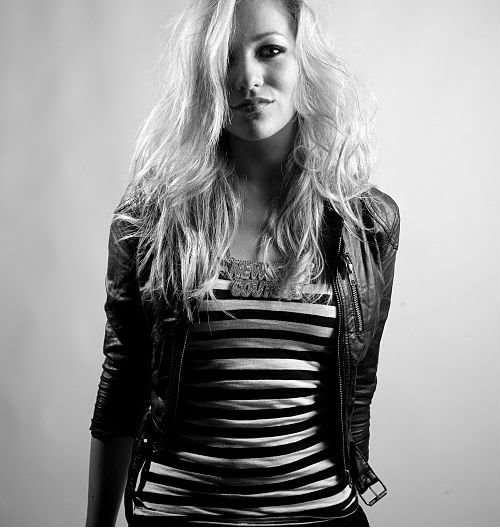 Brighton talented singer/songwriter Larissa Eddie, opens up about the experience and emotions of supporting Lionel Richie, on the UK leg of his recent tour, ended at The O2 Arena. Larissa’s new single ‘In Love Alone’, is a promising, enchanting blend of fresh melodies and soaring choruses with haunting lyrics.

Can tell us 5 things we should know about Larissa?

1. I supported the legendary Lionel Richie on his UK and Ireland leg of the tour after he discovered me online.
2. I performed on stage at The London 2012 Olympics.
3. I was supporting Peter Andre on his 26 date Tour last year.
4. I’m not one for fad diets, I’m a sucker for fast food!
5. I will be supporting the amazing Tito Jackson at a one off show on the 17th of July at ‘Under The Bridge’ Chelsea.

How has been touring with legendary Lionel Richie? 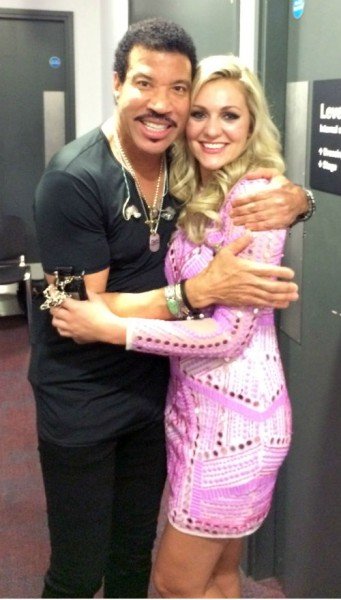 Touring with Lionel Richie is just the most amazing and exciting experience EVER!

The highlight for me has been meeting the legend himself, he has been so warm and welcoming towards me I am so grateful to be on tour with such an amazing man and also performing twice at the London O2 Arena!!

I can’t explain the buzz you get walking out onto a stage in front of 20,000 people and throughout the whole tour I would have performed up to 350,000 people..that concept is just mind-blowing!

There is so much to learn from him. Watching him perform every night to such a high standard is an art in itself. The way he tells stories and speaks to the audience is also something i have admired.

Meeting Lionel Richie himself was an unforgettable moment for me. After our Dublin show he requested that we met and said it was lovely to put a face to the voice he had been hearing each night at the shows.

He has been so supportive and has given me the blessing of supporting him on tour which I am so grateful for. Opportunities like these are few and far between and I feel so lucky that he chose me to join him on ‘All The Hits All Night Long Tour’

Also seeing myself in the national press was a highlight!!

Mostly from everyday life and situations…It’s important for me to connect with my audience and there is no better way to do that the writing about real life and telling a story which people will relate to.

I really hope to travel the world more with my music, especially America and to be topping the charts with an album.

Also I have a dream coming true very soon as I will be supporting The one and only ‘Tito Jackson’ on the 17th of July at ‘Under The Bridge’ in Chelsea. It is a one off,rare London solo show, where he will be performing his classic hits as well as some new material from his solo album!

This is a show not to be missed and I can’t wait to be a part of it and support such an amazing showman!

Lots of different artists inspire me and I’m into all different genres of music. But my heart has always been in pop music and I love artists with powerful vocals such as – Christina Aguilera, Pink, Elvis Presley, Aretha Franklin ..the list goes on…

Obviously having the support of my family and friends has always been so important and has enabled me peruse a career in music as it can be a very tough industry. But since I met my manager last year things really kicked into gear.

I listen to all different types of music but mainly pop music that is in the charts. I have been listening to a lot of new music whilst on tour- I’m loving Ed Sheeran’s new album ‘X’ It’s great to chill out to after a gig and also I am in love with Sam Smith’s voice, so his album has also been on repeat and I really like that new Hoozier track ‘Take me to church’ its got a great rock edge.

I would love to collaborate with Lionel Richie. After seeing him perform, It would be a dream come true to write or duet with him.