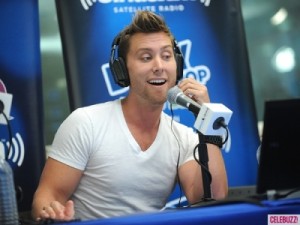 The R&B singer has used a certain homophobic slur one too many times — and former ‘N Sync member Lance Bass isn’t taking it anymore.

After a history of the letting the word “f**got” fly, whether it be in his hit ‘Look At Me Now’ or an alleged attack on a fan, Brown has again come under fire for the homophobic slur.

In the wake of Brown’s brawl with hip-hop artist Frank Ocean in late January, Ocean — who came out in late July — revealed to investigators that he was called the “f” word by a member of Breezy’s crew during the fray.

“Calling people faggot and that stuff, I mean, he may not even mean what he means, but it’s a derogatory term that people throw out there and without even knowing why they are saying it,” Bass told Celebuzz.

“But when it comes to Frank Ocean and knowing that he’s … very out … it was definitely meant to hurt him. It’s never good to throw those words out there that mean so much.”. 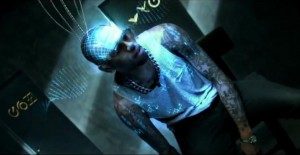 And it upsets Bass all the more that the slur is being thrown around by a minority.

“[Brown] should understand that being a black man himself. He should know that the F word is just like calling you the N word in a very derogatory way,” Bass said.

“When you come from a minority like that, being gay or black or whatever, it’s like there should be an understanding, like we all get each other. But you don’t see that a lot, which is really sad.”

Given Brown’s brushes with the law — dating back to his 2009 felony assault of recently reconciled girlfriend Rihanna — Bass sees the singer striding down a bad path.

“I think there are a lot of people out there that have anger issues, and you can definitely see that in Chris Brown. I hope he gets the help he needs,” said the former ‘N Sync member, who now hosts a live SiriusXM radio show called Dirty Pop with Lance Bass.