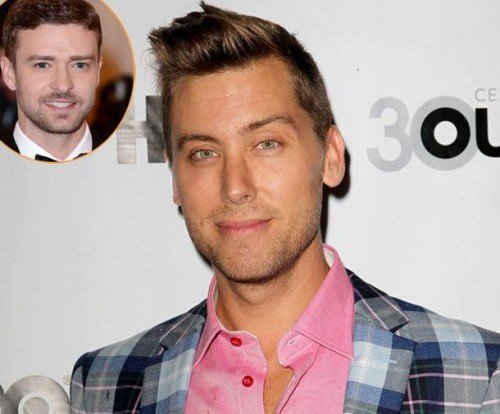 So the talk of the town this last week was Justin Timberlake and Jessica Biel’s $6.5 million Italian wedding, which famously made a name for itself because none of Justin’s ‘N Sync members were invited! It’s like he doesn’t even know where he comes from!?

Hollyscoop caught up with Lance Bass at this years Halloweenie 7th Annual Party where Gay Men’s Chorus of Los Angeles was named a beneficiary, and got the details on this so-called ‘N sync snub.

“No one was invited to Justin’s wedding. None of ‘N Sync were invited,” Lance tells Hollyscoop, “They had a small group of people. We did an engagement party for him, but nothing since than.”

So I guess when the collective ‘N Sync wedding invitation got lost in the mail, that kind of ruled out any chance of an ‘N Sync reunion, right?

“I highly doubt that we will ever have a reunion. I mean, never say never. But it won’t be any time soon,” says Lance.

As for Lance, he’s not hurt by the wedding-snafu, he’s got a lot of his own stuff on the horizon:

“Dirty Pop on Sirius XM. I have a new website coming out. We are shooting a Lifetime show that revolves around the website,”
By Madison Vanderberg
READ MORE hollyscoop.com