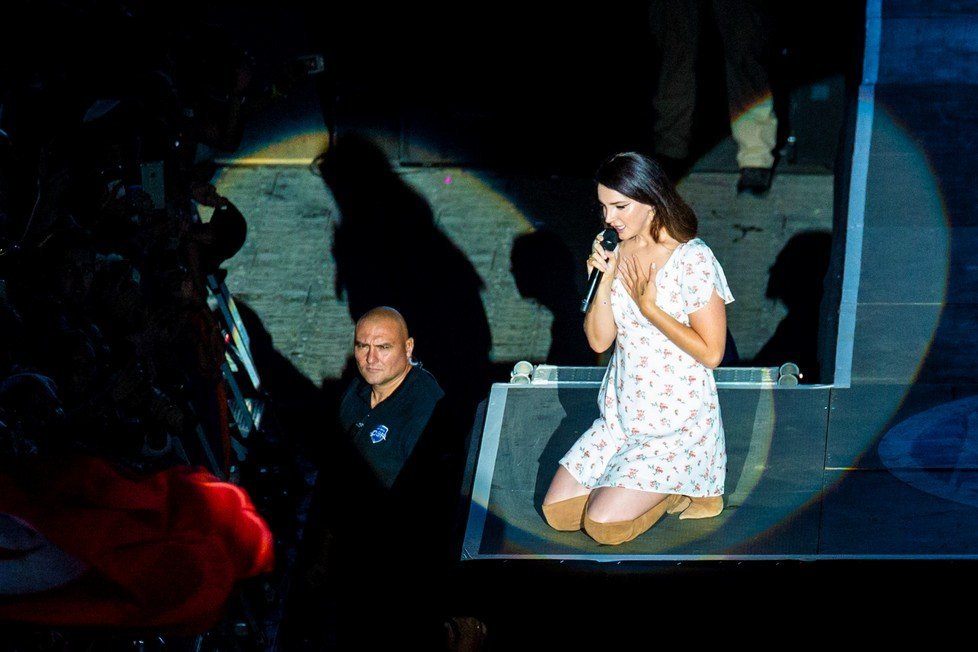 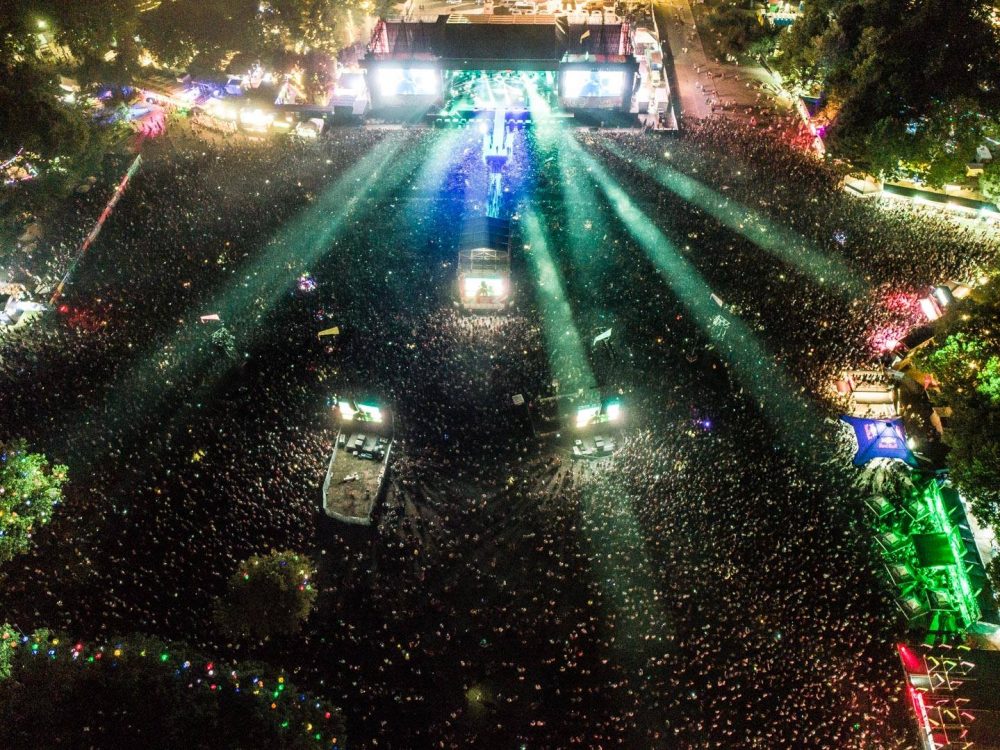 The Sziget Festival is one of the largest cultural and musical festivals in Europe. Every August, waves of people flock to Óbudai-sziget in Budapest to see some of the top performers in music today. This year’s Sziget Festival was no exception, as fans from all over the globe were treated to a stellar performance from American singer-songwriter Lana Del Rey.

A crowd of excited festival-goers awaited her arrival on the main stage at Sziget Festival.

She was stylishly seven minutes late, which was excusable considering that the stage crew needed the time to set the stage, with props and decorations evoking Lana’s signature Hollywood glamour ambience, complete with palm trees, deck chairs, and two rope swings hung from either side of the stage. The entire performance was projected on screens in black and white to the audience.

Lana came out to a roaring crowd, and shyly addressed the crowd, saying how happy she was to be back in Budapest after a long while. Her look was kept simple, as she adopted her signature winged eyeliner and a newly cropped shoulder-length hair style. She wore a sweet white floral dress paired with stylish over-the-knee brown boots. Her two backup dancers/singers, dressed in white one piece swimsuits and denim shorts, accompanied her throughout the entire performance, as well as her band.

Lana opened the show with a track from her latest album, ‘13 Beaches’, plus others, to the delight of her fans. She didn’t rely entirely on songs from her own repertoire, however, as she surprised the crowd with a verse of the classic ‘Scarborough Fair’.

About a third of the way through the show, Lana descended steps from the stage into the crowd to greet her most devoted fans, who were ready with letters, flowers, and other tokens of admiration and even took some pictures with a lucky few.

The strong connection between Lana and her fans was truly visible. She encouraged the crowd to sing along, and even took requests for a few songs, including ‘The Blackest Day’, a track from her album ‘Honeymoon’, which was according to Lana herself, ‘the only song we don’t do.’ Nevertheless, she was happy to sing the unexpected fan favourite number acapella, to the delight of her fans. In a true demonstration of her versatility as a musician, Lana also picked up a guitar to play ‘Yayo’, one of her oldest songs.

Her vocal performance was virtually faultless, and her stage presence was captivatingly theatrical. She sang atop a white piano for her song ‘White Mustang’, and lay on the floor alongside her back-up dancers, against a screen projection of waves crashing onto a beach for another number.

She prefaced her song ‘Change’ with a heartfelt comment about the troubled political climate in America and how writing this song give her strength when she felt helpless in the face of large-scale social and political dilemmas.

Lana closed the show with a dreamy rendition of her most famous song, ‘Video Games’, telling the crowd it was the one song she had been waiting to sing with them. She mounted a swing hung from the stage for the performance, and the crowd sang along with every word.