For the provocative pop super-star, all the world’s a stage. Why? Because she was born that way. 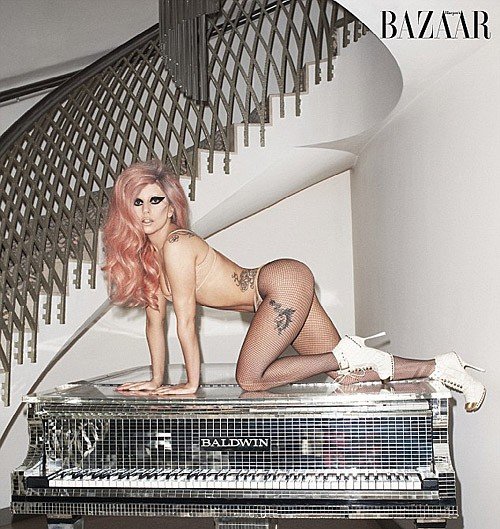 Speaking in the May issue of Harper’s Bazaar magazine with Derek Blasberg, she says: “living every day somewhere between reality and fantasy at all times.”

The only tense part of the conversation occurs when Blasberg asks about the new look–a series of sharp bones that protrude from Gaga’s shoulders, cheekbones, and temples.

How long does it take to apply the makeup and prosthetics to her face and arms?
“Well, first of all,” she says, “they’re not prosthetics. They’re my bones.” 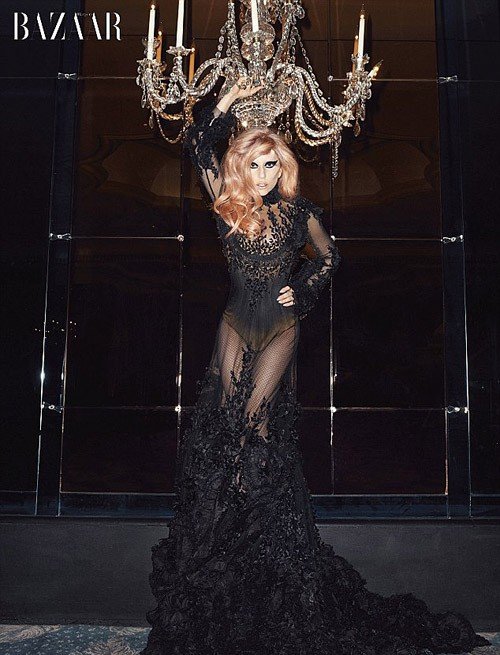 Okay, so when did the bones appear?
“They’ve always been inside of me, but I have been waiting for the right time to reveal to the universe who I truly am.”

“They come out when I’m inspired.”

Is she worried that this new look will inspire other people to “grow” similar bones?
“We all have these bones!” she says tersely. “They’re the light from inside of us. Do you mean body modification?”

Yes.
“No, I’m not concerned about that.”

Gaga has spoken openly about her drug use while at the same time being quick to clarify that she doesn’t endorse it. So one can’t help but wonder if she has considered that some of her Little Monsters, as she calls her fans, may actually hurt themselves trying to emulate her transformation.

“I haven’t hurt myself,” she says. Then, with her darkened eyes narrowed, she continues, “I want you to be careful how you view this.”

It’s artistic expression,” Gaga says. “It’s a performance-art piece. I have never, ever encouraged my fans or anyone to harm themselves, nor do I romanticize masochism. Body modification is part of the overarching analysis of ‘Born This Way.’ In the video, we use Rico, who is tattooed head to toe [including a skull on his face]. He was born that way. Although he wasn’t born with tattoos, it was his ultimate destiny to become the man he is today.”

And this was Gaga’s destiny?
“I have never had plastic surgery, and there are many pop singers who have. I think that promoting insecurity in the form of plastic surgery is infinitely more harmful than an artistic expression related to body modification.”
By Derek Blasberg
Photos by Terry Richardson
Read more Lady Gaga Interview in Harper’s BAZAAR