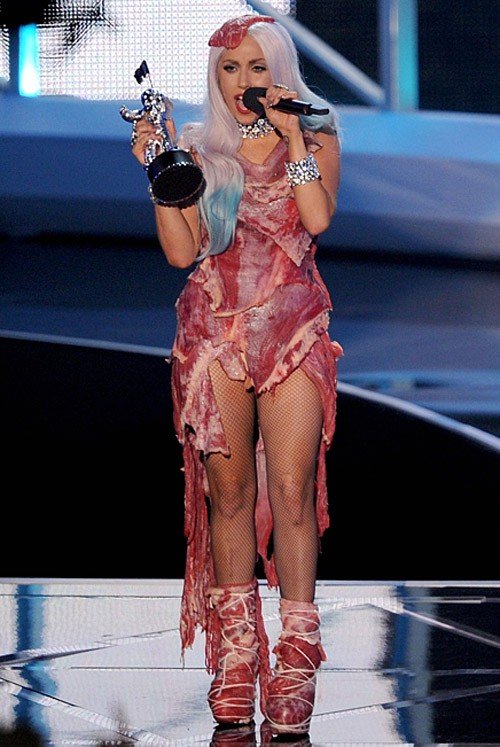 The gory gown, which GaGa wore to the VMAs back in September, fought off tough competition from Rihanna and M.I.A to be named as the fashion statement of this year, with Time describing the dress as a “haute cutlet.”

Speaking of Lady G’s choice of meaty attire, the magazine stated: “If making fashion statements is your primary raison d’Ãtre, it’s easy to get bored. Exploding bra? Flamed out. Dress made of bubbles? Please. Using your hair as a bow? Not again. But a dress made of meat with shoes, hat and purse to match well, that’s fresh.”

M.I.A’s burka that she wore to the Scream awards and Rihanna’s dress that she donned for Germany’s Echo Awards also made the list.

GaGa also made the news this week after lesbian snaps of her “simulating oral sex” on an unidentified woman were leaked online.
www.mtv.co.uk