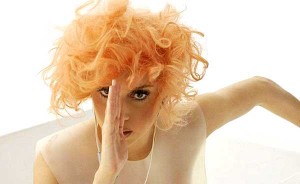 The Monster Ball will be the first chance for fans to hear live renditions of new songs from her revamped album, The Fame Monster, due for release on 20th November.

The Fame Monster is a two-disc re-package of Lady Gaga’s 4 million-selling debut The Fame.

It will feature the entire breakthrough album (including the hit singles Just Dance, Poker Face, Paparazzi and LoveGame) alongside eight entirely new songs, including the new single Bad Romance, which is available to download now. The Fame Monster is released here on 20 November 2009.
www.ladygaga.co.uk
Aiken Promotions are proud to present…
THE MONSTER BALL TOUR STARRING
LADY GAGA
DUE TO DEMAND EXTRA DATE ADDED…
LIVE AT THE O2, DUBLIN
21st FEBRUARY 2010
Tickets â‚¬36.10 GA and â‚¬44.20 seated will go on sale this Thurs 12th Nov at 9am from all Ticketmaster outlets nationwide,
Booking line no. 01818 719 300 online www.ticketmaster.ie