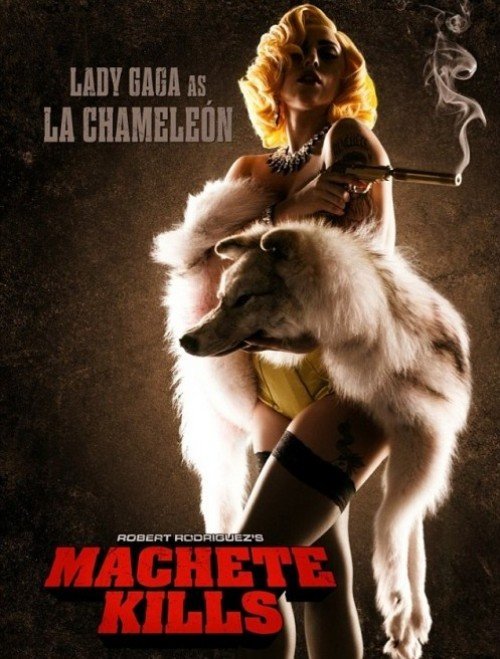 Yes, its true! Fashion icon and pop megastar Lady Gaga has been cast in ‘Machete Kills’, the sequel to Robert Rodriquez film ‘Machete’.

She will play the sexy and dangerous La Chameleón, wearing suspenders and Marilyn Monroe-inspired hairstyling.

Lady Gaga tweeted: ‘Yes its true, I will be making my debut as an actress ln the amazing MACHETE KILLS BY @RODRIGUEZ IM (sic) SO EXCITED!!! AH! Filming was insane.’

Robert Rodriquez tweeted: ‘I just finished working with @LadyGaga on @MacheteKills , she kicked SO MUCH ASS! Holy Smokes. Blown away!’