Typical of a sharp sense of humor as vibrant as his lead vocals and bright harmonies, charismatic Skyrocket Love frontman Jeremy Bassett likes to say that heâ€™s â€œthe guy with the vocal ability to win over all women and men and even some farm animals big and small.â€ 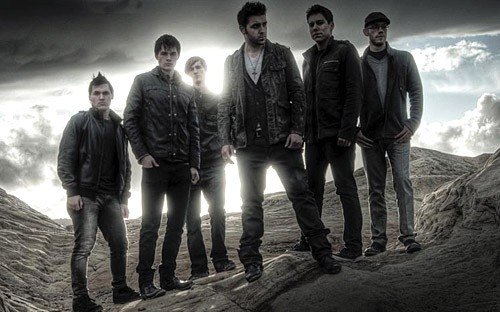 The jury is still out on the barnyard critters, but the bandâ€™s fan base has grown at an incredible pace since Bassett and keyboardist, co-writer and Skyrocket Love co-founder Merritt Graves began playing gigs in their adopted hometown of L.A. in late 2009.

Influenced by such artists as The Killers, Daughtry, Muse and OneRepublic, Skyrocket Love has received over 200,000 plays on terrestrial and internet radio. Skyrocket Love has been using internet tools to build a following and have been called â€œAmericaâ€™s answer to U2 and Coldplayâ€ by RockLinks.co.uk. 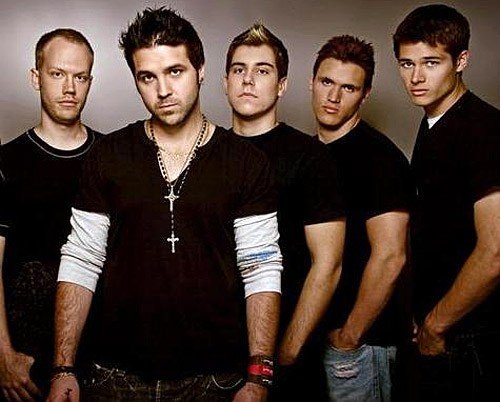 skyrocketlove.com
WHO ARE THE BAND MEMBERS AND WHAT DO EACH OF YOU DO IN THE BAND?
Jeremy – Vocals
Merritt – Keyboards
Curtis – Bass
Jeff – Drums
Russ – Guitar

WHAT KIND OF MUSIC DO YOU MAKE / PLAY ?
SRL: It’s a collaboration of all of our influences and the outcome is our own unique brand of Pop Rock.

WHERE ARE YOU FROM ?
SRL: We are based out of Los Angeles, California but originally come from all parts of the US.

HOW DID YOU GUYS GET TOGETHER AND WHEN?
SRL: A skyrocket crash landed on earth in the year 2450. As we boarded this mysterious vessel, we were transported back to the year 2010 to make kick ass music for farm animals and humans alike.

WHO ARE YOUR INFLUENCES IN THE MUSIC INDUSTRY ?
SRL: Everyone from Aerosmith to U2 and other various genres of music that we all respect.

WHAT HAS BEEN THE HARDEST PART OF BEING IN THE BAND FOR YOU ?
SRL: Really long video shoots in the freezing cold aren’t too much fun. Also, trying to come up with witty answers for interviews…

TELL US A BIT ABOUT YOUR EARLY DAYS AND HOW THEY DIFFER FROM NOW ?
SRL: We all grew taller, weigh more and are getting hair in weird places.

WHAT WAS THE LAST GIG YOU PLAYED, WHAT DID YOU THINK OF IT ?
SRL: We played Rusty’s Surf Ranch on the Santa Monica Pier. We had a great show and filled up on local beer and fresh sea bass.

HAVE YOU ANY FORTHCOMING GIGS IN IRELAND OR NORTHERN IRELAND ?
SRL: We hope so. We would love to play in Ireland.

IF SO ARE YOU LOOKING FORWARD TO THEM AND WHY ?
SRL: Ireland is a beautiful country and we would love to travel there.

DO ANY OF THE BAND HAVE ANY IRISH OR NORTHERN IRISH CONNECTIONS? IF SO TELL US ABOUT THEM ?
SRL: Everyone says Jeremy, the lead singer, looks like Colin Farrell. A couple of us have some Irish ancestry as well.

WHATâ€™S THE MOST SUCCESSFUL THING YOU GUYS HAVE DONE TO DATE ?
SRL: We won “best band” in Music Aid’s international competition and won best band in L.A’s DIY festival.

WHO HAS HELPED YOU THE MOST GET TO WHERE YOU ARE TODAY ?
SRL: Our parents, our friends, our fans and “The Oracle” Bill Dern.

WHATâ€™S COMING NEXT FOR THE BAND ?
SRL: We are going to be releasing our album in the next couple of months and are launching a US west coast tour in Mid May.

IS IT HARD BEING A NEW BAND IN TODAYâ€™S INDUSTRY ?
SRL: It’s extremely hard. The industry is very competitive and because the industry has changed over the years, along with the internet being saturated with new music, we are constantly coming up with new ways to be innovative and seen.

HOW IMPORTANT IS THE INTERNET AND SOCIAL NETWORK SITES TO THE SUCCESS OF YOUR BAND ?
SRL: We have seen, in the last year, that without the internet we wouldn’t be nearly as far as we are today.

QUICK-FIRE QUESTIONS:
WHOâ€™S THE MESSIEST IN THE BAND?
Merritt


WHO IS HARDEST TO LIVE WITH ON TOUR?
Jeremy


WHO IS THE JOKER AND WHY ?
Curtis – because he’s the youngest


WHO MOANS THE MOST ?
Jeff


WHO IS THE LOUDEST ?
Jeff


WHO IS THE MOST ANNOYING ?
Curtis – because he’s the youngest


WHATâ€™S THE MOST EMBARRASSING THING SOMEONE IN THE BAND HAS DONE ?
Russ got drunk and did a strip show at Jeff’s girlfriend’s house in front of everyone.


WHO WOULD YOU MOST LIKE TO COLLABORATE WITH IN THE INDUSTRY ?
Rick Rubin, Greg Wells and Max Martin, because success breeds success.


WHO WOULD YOU MOST LIKE TO COLLABORATE WITH IN IRELAND OR NORTHERN IRELAND AND WHY ?
U2 because they are one of the best bands in the world!
skyrocketlove.com
www.myspace.com/skyrocketlove
Â©FAME Inc