While all the other would-be pop princesses were still toddling around in diapers or struggling to pass algebra, she was already taking over the world.

Now, more than 20 years after first touching down in America, Kylie Minogue returns to rule our dance floor.

â€œLady Gaga dropped a meteor in the middle of the pop landscape — which is amazing,â€ Minogue says. â€œBut it meant that we had to take that into account. It wouldnâ€™t have made any sense to go down that road to try to fit in.â€ 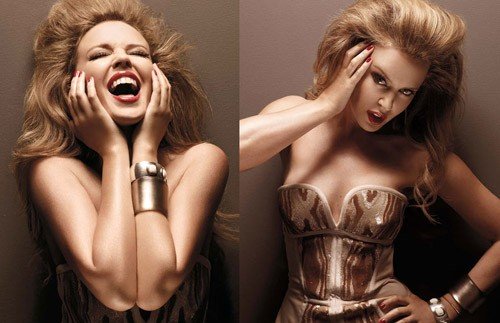 Instead, Aphrodite delivers lighthearted pop songs — woozy with crushes, trampled hearts, and late-night excursions to the local disco — made up of sweeping piano lines, fizzing synths, and layered background vocals, all of which would have sounded right at home on Minogueâ€™s debut. 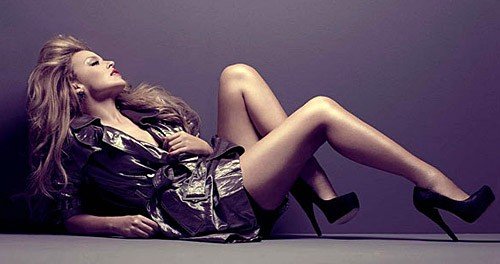 â€œThe record isnâ€™t trying to be clever — it delivers exactly what we want from Kylie, which is pure pop,â€ says Shears, who cowrote the standout â€œToo Muchâ€ with Minogue and Calvin Harris.

â€œWhen we were writing lyrics together, sometimes sheâ€™d put something down and Iâ€™d think, Oh, my God, that is the lamest thing Iâ€™ve ever heard! And then it comes out of her mouth and itâ€™s absolutely brilliant.