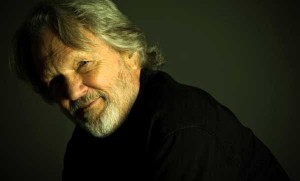 Kris Kristofferson is pleased to announce an Irish tour this August including a return to his spiritual Dublin home : The Olympia Theatre on the 11th August. Krisâ€™ latest album â€˜Closer to the Boneâ€™ includes a bonus cd recorded Live at The Olympia Theatre in 2008.

The Live CD is dedicated to Maureen Grant , the Olympiaâ€™s famous bar manager who Kris said â€œhas been curing and creating hangovers for me since I started coming to Dublinâ€ .

The Olympia cd has captured the simple, honest magic of his current solo live show. Classics like Sunday Morning Coming Down and For the Good Times take on a whole new meaning when you hear them coming from the man who wrote and lived the words. 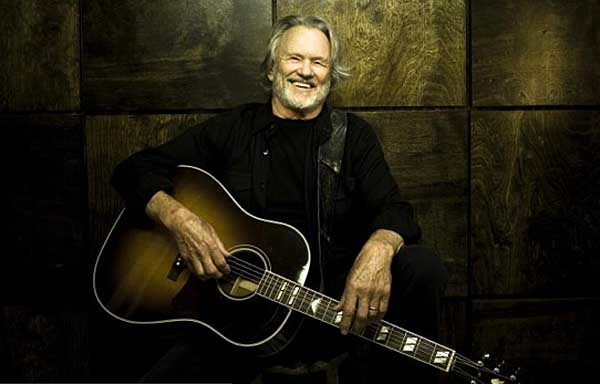 Kris Kristofferson returns to the essentials of his finely honed craft on his New West album â€˜Closer to the Boneâ€™ . Like the master singer-songwriter’s 2006 New West bow This Old Road, the new album is produced by Grammy Award winner Don Was. The previous collection â€“ Kristofferson’s first recording in almost a dozen years â€“ was hailed by critics as “one of the finest albums of his storied career” (Rolling Stone), “a stripped-down stunner” (Esquire), and “a return to his best work” (Q).

Kristofferson’s New West albums mark the latest works of a distinguished career that has encompassed the authorship of such classic American songs as “Me and Bobby McGee,” “Sunday Morning Coming Down,” and “Help Me Make It Through the Night”; stardom in such feature films as Lonestar, the Blade Trilogy, A Soldier’s Daughter Never Cries, Pat Garrett & Billy the Kid and A Star is Born; honors including three Grammy Awards and a Golden Globe Award; and years of outspoken political and social activism.

He was feted in November as a BMI Icon at the performing rights organization’s Country Awards. Kristofferson is currently a member of the Songwriter Hall of Fame and the Country Music Hall of Fame. 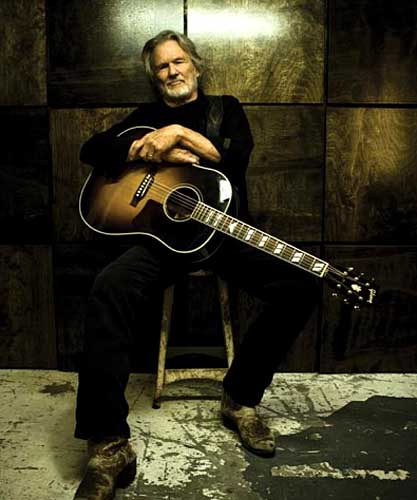 In the last decade, the now 73-year-old performer has been on a vigorous schedule of international solo appearances. Kristofferson says, “I was overseas doing a film when I got the opportunity to work in Ireland, and I didn’t have time to martial the troops. So I went out by myself, and it worked. I’ve been really surprised at selling out the shows everywhere. People are filling up the houses.

“Something was making a direct communication with the audience,” he adds, “and I guess it must be down to the essence of the songs. Because God knows, there’s better guitar players and singers. But it seems to be working with my material — just me and the song.”
www.kriskristofferson.com