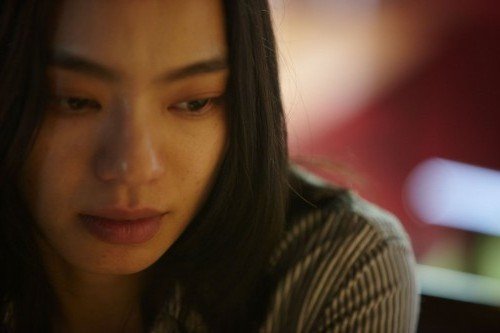 Any film by Shin’ya Tsukamoto isn’t going to be an easy watch. I recently had to endure Tetsuo, The Iron Man and its sequel Tetsuo II: Body Hammer for the first time (look out for the reviews later on this week), films that I’d originally stumbled on as a teenager and found too disturbing to sit through.

Now, when I say endure I don’t mean this in a negative way. Tsukamoto’s style has traits shared by some of my favourite directors, Lynch, Cronenberg and Aronofsky (to name but a few). 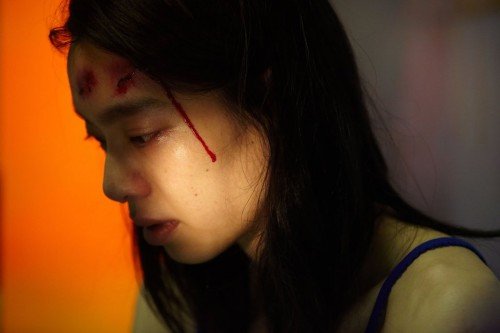 His ability to put the viewer through their paces by use of extreme camera work, hideous bodymorphing effects, and just plain old-fashioned gore are masterful. It’s as if the director is setting the audience a challenge NOT to look away. 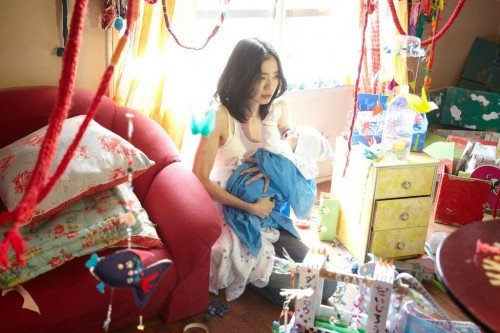 Kotoko starts off as a relatively simple film. Leading actress Cocco developed the story along with the director, and it tells the tale of single mother, Kotoko, who has a rather unique condition: she sees double. That’s not to say she has double vision, her condition causes her to see two of everybody – usually a good version and an evil version. 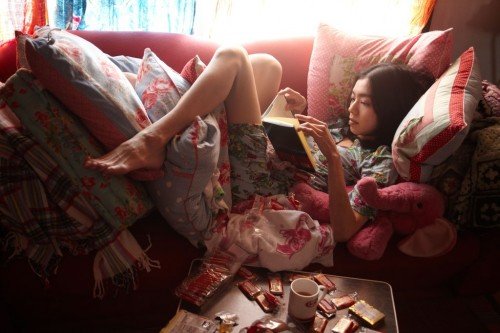 The evil “doubles” she sees tend to try and assault either her or her baby son. She reacts in the way any mother would, by brutally defending herself by any means necessary.

Because of her condition, she has no idea whether the person she’s just savagely beaten in self-defense is real, or exists in her mind, so following a particularly nasty incident she decides to pack up and leave town. Turns out she moves around a lot, such is her condition. 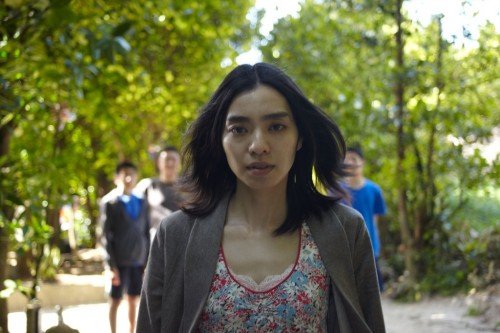 Eventually, she reaches breaking point, and decides to stay indoors at all times, attempting to create an environment that’s suitable for her young son.

Then, one day she walks into the living room, and sees her son’s double. This proves to be the final straw, and results in a desperate act that see’s her son taken away from her to live with her sister.

There are some truly disturbing scenes from hereon in, with almost unwatchable depictions of brutal sadomasochism, but at its heart Kotoko is a very simple, and very well constructed film about the struggles endured by a lone parent. 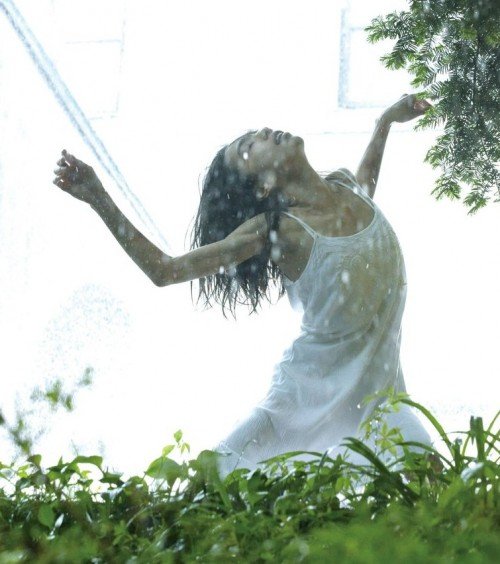 Like Fight Club, the film adopts the use of first person voice-over to allow the audience to gain an insight into Kotoko’s thought process, and like Fincher’s aforementioned film, she proves to be quite the unreliable narrator. It’s very unclear at times whether what we are seeing on screen is reality, or a construct of Kotoko’s mental state.

There are far too many Hollywood movies depicting the plight of a single parent as yet another device to shoe-horn into romantic comedy (I don’t need to name names, as there are countless to choose from).

Kotoko has taken a darker route, depicting the unrelenting stress of it all, how a person can be driven to and over the brink of madness when they’re all alone and have a child that, despite their best efforts, will not stop crying.

It’s not a film for the faint hearted, and I suspect many people won’t be able to get through it, as the music, camera work and events in the film all conspire to create a truly disturbing atmosphere. I’d say that it’s even harder to sit through than Lynch’s Eraserhead, as there are no moments of dark comedy to break the tension.

That’s not to say that there aren’t flashes of hope throughout, just be aware that this film is not for the faint-hearted.