New Zealandâ€™s hottest export of 2008, Kora are a five-piece band made up of four Maori brothers and their adopted musical sibling, and are currently destroying the charts in their homeland on a scale not seen since Fat Freddyâ€™s Drop emerged. Kora are performing at Whelans on Nov. 16th.
Melding together influences from across the musical spectrum, including dub, funk, breakbeat, rock and blues, the band are renowned for their phenomenal live performances, often described as The Prodigy meets Bob Marley and the Wailers, where solid vocal harmonies ride a powerhouse rhythm section, creating a sonic boom that can be heard as far away as Fiji. 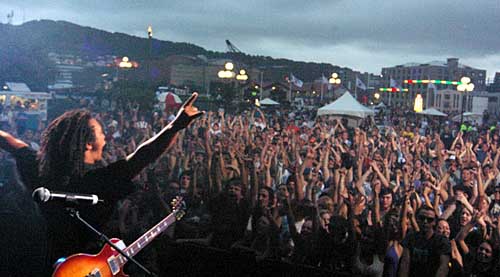 Hailing from Aotearoa, the four Kora brothers are Laughton on vocals, guitar and keys, Francis on bass and vocals, Stuart on guitar and vocals, and Brad on drums, alongside the only unrelated member Dan MacGruer on keys and bass. 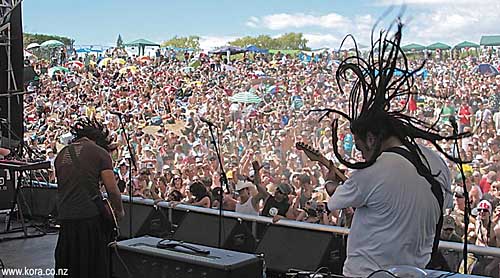 After touring their asses off, including sets with Salmonella Dub and the afore-mentioned FFD across Australia as well as gigs in the UK, the band are now ready to unleash their debut, self-titled album on the world, a world which no doubt will not be disappointed. Already Gold in NZ within two weeks of release, the album has since reached Platinum status, having spent six months in the Top Twenty and counting.

Koraâ€™s origins began in the early-90â€™s, when brothers Laughton and Brad formed their first band and went on to win a national competition. The line-up shifted over the years before Kora as we know them today was born in 2002. Taking first place in a Coca-Cola Launchpad comp gave them the chance to record the song â€˜Politicianâ€™, which was play-listed on 15 stations nation-wide, and led to them releasing their debut EP, â€˜EP Volumeâ€™, in 2004, which has since gone Platinum in New Zealand.

In 2006 Kora picked up a bNet Award for their radio release of â€œFlowâ€. Koraâ€™s self-titled debut album was released on 15th October 2007 and shot straight to the top of the Official NZ charts â€“ debuting in the Number 1 slot.

â€œKoraâ€ by Kora achieved Gold status in only its second week of release in New Zealand as the Maori band of brothers became only the second homegrown act, alongside Fat Freddys Drop, to debut at Number 1 with their sophomore release in the last 20 years. The album is now 6 months in the NZ top 20 on the spin and Platinum to boot.
Kora are showing no signs of slowing down.
myspace.com/koraroots