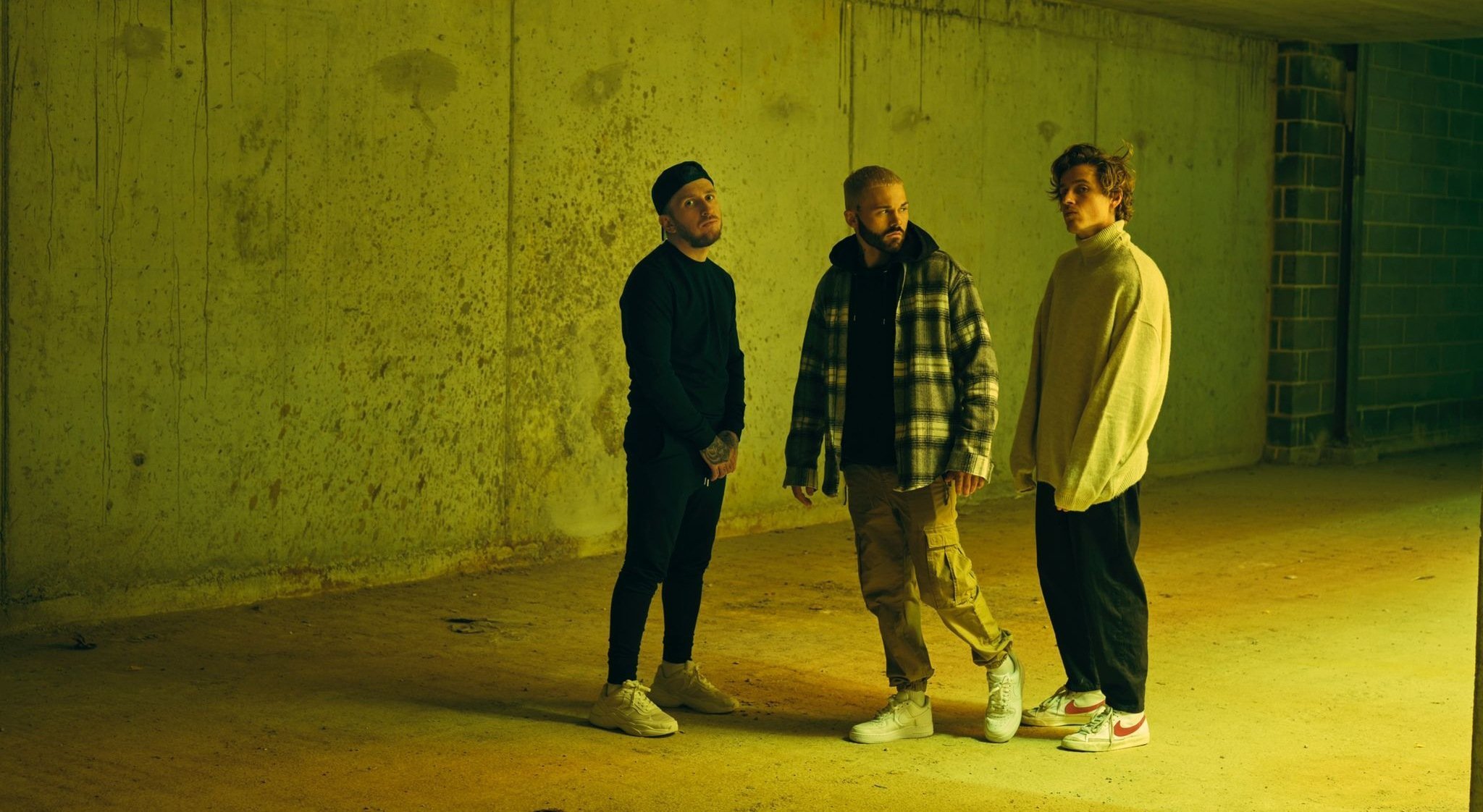 "We have all tried to convince ourselves that we’ve found ‘the one’ and that turns out not to be the case."

Here at FM we are always happy to give KOKO – Oliver Garland (vocals) Harry Dobson (bass, synth) and Ashley C (synths, lead guitar) – the support they deserve. Bristol’s finest KOKO’s new song is sure to give listeners a mix of emotions, such as pleasure and sadness. Their new single ’Bittersweet’, is a catchy electro-dark-pop tune, that you may be able to tell is talking about their lives.

One side effect of the pandemic is that it forced the trio to create music in a more limited environment. Their creative process and band ethos got more truncated and digital, as they reveal:

“The whole Koko ethos is to be out and about late at night and playing shows, something that hit us very hard when the pandemic started! This EP was put together at the height of lockdown – all 3 of us were in separate cities in the UK and had to bounce music ideas back and forth via laptops/texts and emails. What came of it was a collection of more electronic and dance-leaning songs, as it became the default way of writing together. We called the EP, In Your House Music as we were literally stuck in our houses the whole time. It’s an EP born of frustration and failing relationships and a real timestamp of where we were throughout these last few years!”

On the new single ’Bittersweet’ they explain:  “This is about the early stages of dating someone. The ‘getting to know someone stage’. We have all tried to convince ourselves that we’ve found ‘the one’ and that turns out not to be the case. We have all lied to ourselves in an effort to commit to something that wasn’t right. In a relationship like that, the emotional state is volatile with massive highs and dreadful lows…it’s a scenario you need to get out of, but it’s usually bittersweet.”

For some background info on the group members…Ollie (vocals) who used to live in Thailand and had grown up as a bare-knuckle boxer and was on his way to becoming a professional boxer. Harry D (bass, synth) was sponsored for skateboarding until he had an injury and could no longer pursue his extreme sports dream. Ashley C (synths, lead guitar) shared that he struggled with anxiety in adolescence, closing himself off from everyone for hours on end, before finding better ways to cope.