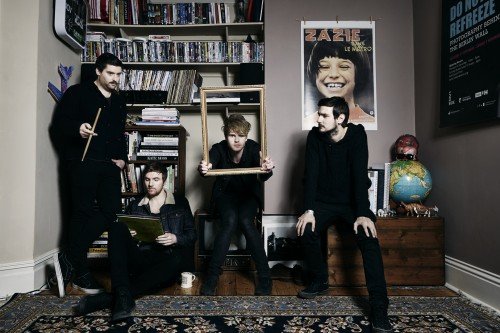 Dublin alternative rockers Kodaline are certainly on a roll right now. The band have not only a new single ‘Love Like This’, but also a brand new album ‘A Perfect World’ released on the 17th of June through RCA Record.

The band are also currently tackling an extensive tour as well (taking in some of the biggest festivals along the way incl. Glastonbury). However the most recent piece of big new is their inclusion on the highly anticipated Tennents Vital outdoor event in Belfast on August 15th. Kodaline will on that night be sharing the stage with NI’s own chart-toppers Snow Patrol.

Here’s our chat with the band’s guitarist Mark Prendergast, about their career to date, touring schedule and of course this return to Belfast for what will be an historic concert.

First up can we kick off by asking you how excited you are about supporting Snow Patrol in Belfast at the Tennents Vital event this August?

Yeah we’re very excited, gonna be a huge show for us and we can’t wait. We’re huge fans of Snow Patrol too so that’s a huge bonus, apparently there’ll be 45,000 people there which is crazy.

That should be a very good night indeed. How does it feel for you as a band to see how much fame and success acts like Snow Patrol can get?

It’s always inspiring when you see a band like Snow Patrol do so well, they’re huge all over the world and by them letting us play with them at Tennants Vital it opens a lot of doors for smaller bands like us. 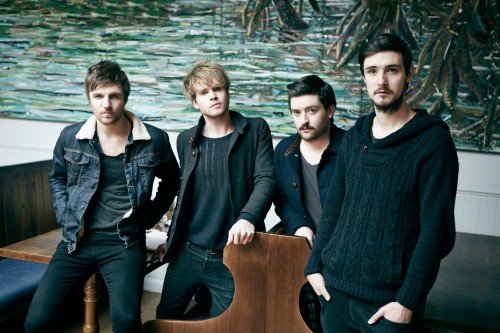 Back to yourselves. You are currently on a pretty extensive tour. How are you finding life on the road?

We’re loving every minute of it. We’re getting to play music in places we’ve never been to before and were getting to see a lot of the world. It’s hard work tho but it pays off.

What about the venues and fans. Have you noticed any noticeable differences between them?

Yeah the fans are starting to sing back all the words to the songs which is pretty weird. Our album’s not even out yet and there’s people that somehow know every word. It’s cool..

You have also got some major festival appearances lined up. Do you enjoy festivals. For example is it good to see other bands perform and maybe even meet your heroes?

We really love festivals, we’ve been going to festivals all our lives so to be playing a few this summer is going to be great. It’s a great way to check out new bands and hang out with bands. And festival crowds are always up for it. 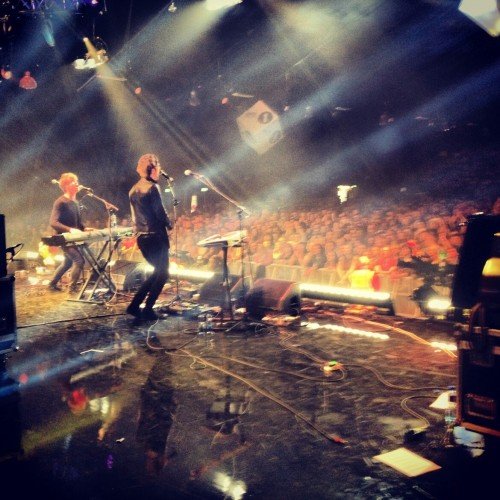 The new single and album are both set for release in June. What can you tell our readers about them?

We finished the album just before Christmas and were very proud of it. It’s a collection of our favourite songs that we’ve written over the last few years so we cant wait to get it out.

You return home to Ireland in November we believe. These will be smaller more intimate gigs. Are you looking forward to them. Do they feel any different than large scale gigs?

Well we’re playing 3 shows at the Olympia which is huge for us. It’s gonna be such an exciting time because the album will be out and more people will know the songs. Plus it’s in our hometown which is grand. 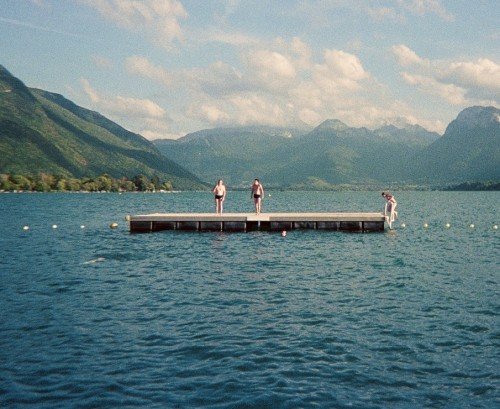 Have you any plans beyond this current tour?

We’re pretty much going straight into festivals, and that’ll run all summer. Then after the summer it’s back to more touring.

What about CDs. Do you still feel there is a place for them, or are downloads the way forward?

We still buy CD’s, it’s nice to pick up a physical copy of your favourite band and read through the booklet. It’s the little things that make it more of an experience.