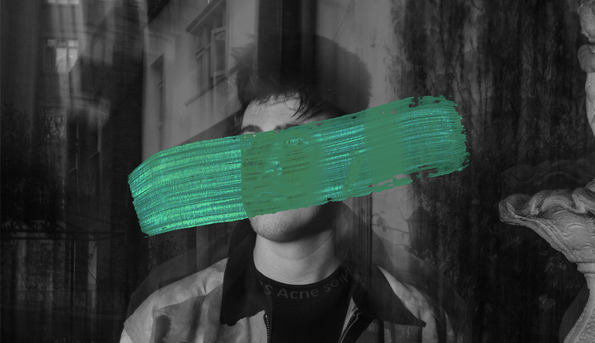 'I first began writing the song whilst on a trip to Tokyo — you can even hear the sounds of the Shibuya streets which are nestled in from the intro.'

Klaverson is a fresh new music alias for Kent-based singer, songwriter, producer & visual artist Jack Lintorn on our radar this week. I’m Coming Home is Klaverson’s debut single, and is the first to come from his forthcoming EP. Clean-cut indie pop and silky smooth soul combine to create a sophisticated, hypnotic and otherworldly sound, accompanied by a stripped-down drum beat and velvety, multilayered vocals. The track crackles and burns with emotional intensity, while still maintaining an undeniably effortless air of serenity. A haunting and seductive tune, with minimalistic production and dark textures, its lyrics elicits a sense of questioning and dissonance in a relationship, set against a mysterious nocturnal city soundscape.

“I first began writing the song whilst on a trip to Tokyo — you can even hear the sounds of the Shibuya streets which are nestled in from the intro. The chords and percussion followed quickly after, and on the plane home, I realised where I wanted to take this project. I wanted to make it as raw and personal as possible which hopefully you can almost feel leak through the sound.”

Combining influences of artists like Chet Faker and James Blake, Klaverson seems to have found his groove in the music industry. Developed and honed whilst working at Abbey Road Studios, the artistry of this track is a clear sign of huge potential from this multi-talented artist. Take a listen to I’m Coming Home today, and keep an ear out for the release of Klaverson’s first EP coming soon.