The beautiful Kirsten Dunst co-stars (alongside Ryan Gosling) in All Good Things, a feel-not-good romance and docu-drama, loosely based on the true story of New York real estate millionaire/drag queen Robert Durst and his disappearing wife. 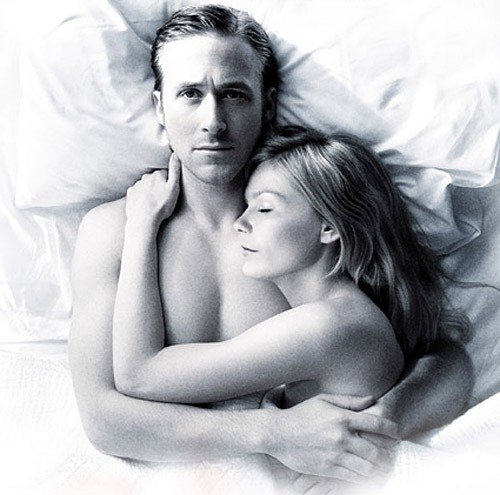 It’s the perfect film for anyone who loved Elizabethtown but wished it had more emotional abuse and uxoricide.

It’s possible that Dunst is maturing as an artist, finally taking on roles that ask more of her than flashing her dimples and being adored by her male co-stars.

Or maybe she’s going through a stage, like all young adults do, forging an identity by pretending to be interested in beat poetry and art-house films. Regardless of whether she succeeds, it’s admirable that she’s wandered so far outside her comfort zone.

Even if her fanbase accepts her new adult direction, there isn’t a Teen Choice Award for best dysphoric topless scene. 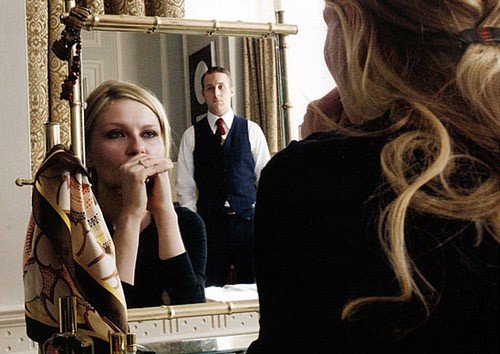 You have a history in your movies of falling for bad boys. You’ve been romantically linked with Louis XVI, Trip Fontaine, and at least one pedophile vampire. Has dating jerks on film helped you make better decisions in your personal life?

(Laughs.) Oh god, that’s funny. Luckily, I’m not in that position right now in my life. I know to go for the good dudes.

Can you offer any tips? How do you know if a guy you’re involved with might be secretly plotting your homicide?

I think if your girlfriends don’t like him, it’s probably for a good reason. You’re not picking up on something.

You did a nude scene in All Good Things, and I think it’s your first.

I was naked in Marie Antoinette, but that was just from behind.

The nudity in Marie Antoinette was cute by comparison. This was probably the saddest nude scene of all time. Why do it at all?

I don’t know. I was comfortable with it and it just felt more vulnerable, you know? There’s actually a very good reason for it. And the way we shot it went a lot further, but it ended up getting cut.

What happens is, I come into the shower with Ryan, and for my character, it’s a smart ploy. She just found out that she got accepted to a medical college, and he’s afraid he’s losing her.

He’s threatened by everything that’s happening to her and he just had this weird moment when he jumps into the water and gets their boat and writes their telephone number on it.

What happened in the shower scene, she comes in and we start making out, and I gesture that I’m going to go down on him. And then I do.
by Eric Spitznagel
read more: www.vanityfair.com