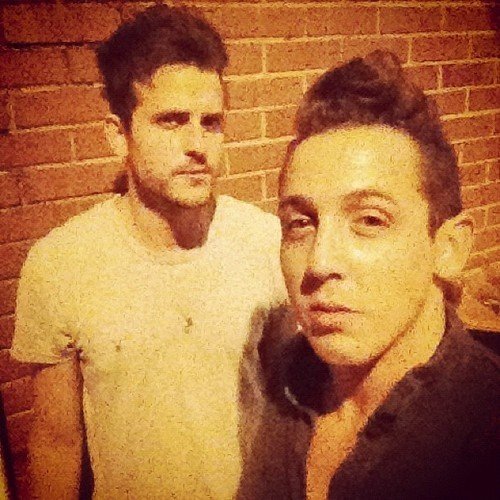 Check out the splendid ‘No Tell’, from Smoke & Jackal, the first collaboration between Jared Followill (Kings of Leon) and Nick Brown (Mona).
The single is taken from the upcoming debut six-track collection EP1, released on October 15th, on Columbia Records.

Followill and Brown began recording as Smoke & Jackal earlier this year, fuelled by multiple bottles of red wine and a shared fascination with timbre, rhythm, and aural adventure.

They set to work at Brown’s Nashville home studio and before the first evening was through, the duo had crafted both ‘No Tell’ and the stunning psychedelic slow jam, ‘Fall Around’.

The two musicians immediately understood they had created something special, an evocative and original melding of oceanic rock with bottomless grooves and hypnotic dub textures. Just over one week later, EP1 was complete.

Followill says: “Coming together just worked, I think it’s because we took such an easy approach to it, we didn’t bring any egos to it.

We just talked about each other’s ideas, neither one of us got our feelings hurt. It just worked.”

Brown says: “It was all about tone and vibe and what felt right in that moment, not second guessing, just having fun in that moment.”
smokeandjackal.com