Kings of Leon confirmed Elbow, Thin Lizzy, White Lies, Mona and The Whigs will complete the full days line-up at this years 30th Anniversary sold out Slane Castle concert on Saturday 28th May 2011.

Having sold every ticket in under 40 minutes Kings of Leon’s triumphant return to Ireland to headline the 30th Anniversary of Slane is only fitting, evoking 30 years of legendary performances.

“Come Around Sundown”, the bands fifth studio album, has sold over 6 million copies worldwide as well as breaking the record for biggest first week digital album sales with over 49,000 album downloads.
www.kingsofleon.com

Elbow
Fresh from their amazing headline performance at Dublin’s O2 last Thursday, Mercury Music Prize winners Elbow bring their renowned live show to Slane.Their new album “Build a Rocket Boys,” was recently released to rapturous critical acclaim taking the number 2 position in the charts. Already hailed by fans and critics alike as one of the best live bands around this is one act you just can’t miss live.
www.elbow.co.uk

Thin Lizzy
Returning to Slane will mean more to Thin Lizzy than anyone else. It was Thin Lizzy who began the road to where Slane is today back in 1981. 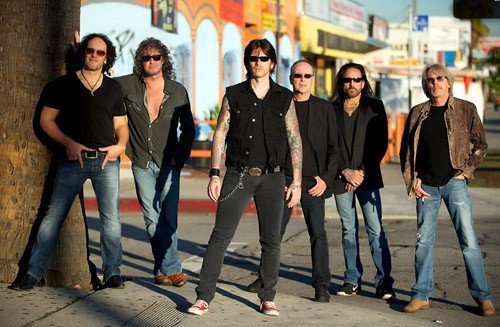 Many years have gone by since Phil Lynott passed, but the amazing body of work that is Thin Lizzy still retains all of its vibrancy and influence.

A new line-up has formed to take Lizzy’s music to a whole new generation of music fans.
www.thinlizzy.org

White Lies
White Lies’ debut album To Lose My Life… , debuted at number one on the UK Albums Chart. With one hit album under their belt they followed this with their latest offering, Ritual, in January.White Lies’ musical style has been described as dark yet uplifting, drawing comparisons to Joy Division, Editors and Interpol. www.whitelies.com

Mona
A four-piece rock band that combine romantic rock ’n’ roll with songs for the city folk, Nashville’s Mona have taken the music world by storm over the past year.Already, shortlisted for the BBC’s sound of 2011 poll and winner of MTV Brand New for 2011. The imminent release of their self titled debut album sets the stage for Mona to seize the limelight.
www.monatheband.com

The Whigs
Bursting with energy, emotion, and unpredictable experimentation, the Athens, Georgia – based trio tear open the artistic envelope, bringing both nuance and eclectic strength to songs like “Hundred/Million” and “Kill Me Carolyne”.The band’s new album In The Dark is both atmospheric and ambitious, without losing the pedal-to-the-metal power that has earned them universal praise as one of America’s finest young rock ‘n’ roll bands. www.thewhigs.com