By Ryan Kennedy
SINGER-songwriter Kimmie Rhodes, the woman behind some of country musicâ€™s greatest songs, will finish off her 20-date tour with Kieran Goss in Belfastâ€™s Grand Opera House. 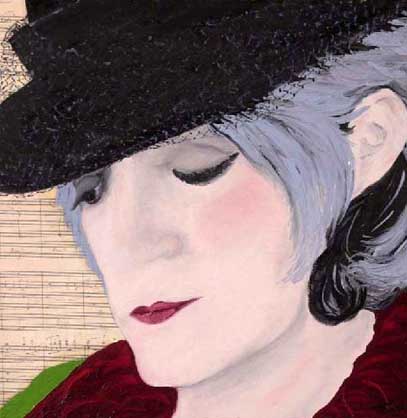 The native Texan will join friends Beth Nielsen Chapman and Rodney Crowell in the Opera House for the final night of the tour, before packing up and beginning another round of live gigs with her own band across the UK, Ireland and Europe.Her tour will coincide with the release of Walls Fall Down, her latest of 13 albums, which is rumoured to be the most eclectic collection yet from the woman who has written songs for country legends like Willie Nelson, Wynonna Judd, Trisha Yearwood, Amy Grant, CeCe Winans, Waylon Jennings, Peter Frampton, Mark Knopfler and not least of all Emmylou Harris.

Kimmie grew up in Lubbock, Texas and began her singing career at the age of six with her family gospel trio. She moved to Austin in 1979, where she met DJ and producer Joe Gracey, an instrumental figure in the Austin progressive country scene, who she eventually married. In 1981 she recorded her first album, “Kimmie Rhodes and the Jackalope Brothers” when Willie Nelson invited her to use his studio.

In 1985 she recorded her second album, “Man In the Moon”. Her third album “Angels Get The Blues”, recorded at the original Sun
Studio in Memphis, was released in 1989. These records led to a series of British and European tours, which received rave reviews.
Special guest Kimmie Rhodes will be appearing at the Grand Opera House on March 20, 21 and 22 as good friend Kieran Goss brings his tour to a close, and tickets are on sale now.
goh.co.uk