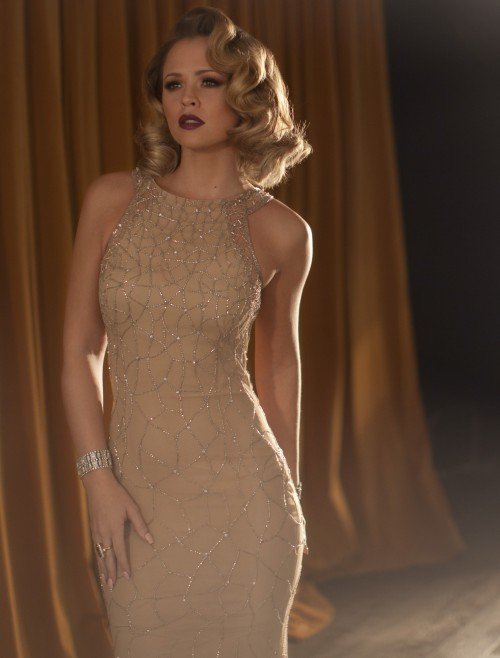 Kimberley knew the direction her debut album was going to take as soon as legendary label Decca, home to Andrea Bocelli and Imelda May, approached her to make the album.

“I’ve always loved musical theatre and doing Shrek! The Musical definitely reignited the passion in me,” says Kimberley. “I really wanted to share the love I have for musical theatre by taking some classic songs and completely reinventing them. The melodies in so many musical songs are so brilliant I knew we could create something special by experimenting with the production and I really feel like we’ve come up with some interesting takes on classic songs.”

Kimberley started recording the album this summer in Stockholm, working with pop producers including Per Magnusson and David Kreuger. One Day I’ll Fly Away from Moulin Rouge was the first song recorded:

Currently celebrating ten years of Girls Aloud with the release of a greatest hits album and a forthcoming arena tour, she is also training hard for Strictly Come Dancing where she is one of the show’s most popular contestants and a favourite to go all the way.

“There’s a lot going on right now but I am loving every minute and can’t wait for people to hear these songs I’ve recorded.”