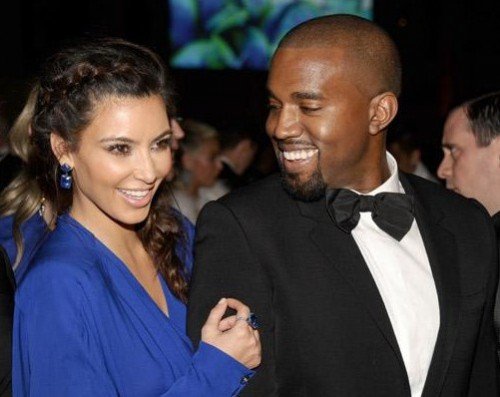 Kim Kardashian and Kanye West are going strong, and if you thought this relationship would fizzle out by the time basketball season wrapped up, you would be wrong!

Hollyscoop talked to the UK’s premiere psychic Jayne Wallace to get the supernatural scoop on Kim Kardashian and Kanye West.

Jayne told us that Kim will be married this time next year, but will be knocked up BEFORE the wedding.

“I am seeing a secret wedding and I am seeing a big, big diamond ring and I feel around the month of September of next year they’ll fly off to a secret location. I’m seeing marriage,” says Jayne.

The “big, big diamond ring” we probably could have predicted ourselves, but a secret wedding!? That’s so un-Kardashian-y.

But here’s the kicker, “I’m also being shown there’s a boy so I’m going to say Kim might get pregnant before she actually gets a ring on that finger.”

Kim getting pregnant with Kanye’s baby would effectively break the Internet.

But aside from these grand predictions, Jayne weighs in on why Kim and Kanye are the real deal.

“She’s finally met the man of her dreams, I feel with Kanye he gets her, he understands her, he fulfills her in ways you could never imagine,” says Jayne.

The only problem is that Kanye will start to resent all the media attention:

“He wants to be more quiet, he wants to sit back, he doesn’t want to be surrounded by Paparazzi 24/7,” Jayne predicts.
By Madison Vanderberg