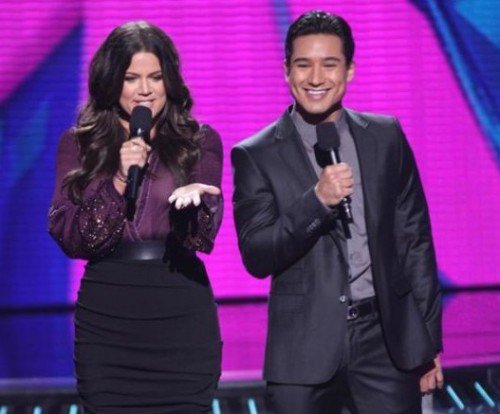 Remember when Khloe Kardashian made her X-Factor USA hosting debut, but none of it mattered because her nipples were popping out of her lovely shirt?!

Basically, Khloe was wearing a sheer shirt on the “X Factor” and apparently the air-conditioning was on full blast, if you know what I mean?

Well…Khloe blames the “wardrobe malfunction” on Hurricane Sandy, saying all her clothes got stuck on the East Coast in the storm and the only thing she had left to wear was the nipple shirt!

“We moved the show up because of the hurricane, so my stuff that was being sent was stuck on the East Coast,” Khloe tells Hollyscoop last night at the “X-Factor” taping, “That top [arrived from the East Coast] first thing.”

“The shirt was lined and everything! I’m surprised that much showed!” says Khloe, “When I went on, Simon was like motioning to me to cover up, and I was like, ‘what’s he doing?’”

Here’s the thing with Simon, you never know when he’s serious, when it’s flirting, or when he just wants to check out your nipslip through your sheer shirt. So Khloe had no idea. Simon, the cheeky Brit that his is, told us, “I didn’t point out anything, all I said was the air conditioning must be on high!”

As for Khloe, “In hindsight, I just thought maybe I was just a little nipply, but apparently from what everyone says, you saw a lot more than just that!” she joked.

“During a commercial break, I was able to put band aids on!” says the Kardashian.
By Madison Vanderberg
READ MORE hollyscoop.com