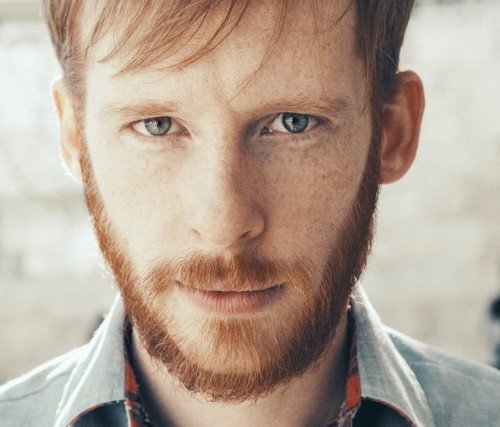 Check out Kevin Devine & The Goddamn Band’s video for the rather great ‘Bubblegum’, taken from the album of the same name, released October 14th through Big Scary Monsters.

Kevin says: “Daniel Ralston came up the concept and directed, and we shot it on and around a repair shop his family own in Quakertown, Pennsylvania.

Those cool little aspects of the main Street area – the stationary tank, the inflatable karate kid – those were just all there, as was the park and ride lot where went guerilla to flyer cars and, later, fake slice up their tires. If you see your car here, surprise! And thanks you.

Daniel put his real phone number on the excellent flyers his wife Mollie Komins made for the shoot, which we Instagrammed, maybe a little thoughtlessly, as we got about a half-dozen calls that day inquiring about our prices.

Daniel handled it like a champ, with good humor. The whole shoot was fun, smooth, felt comfortable and creative and simple, and I think matches some of the misfit energy of the song and the album.”