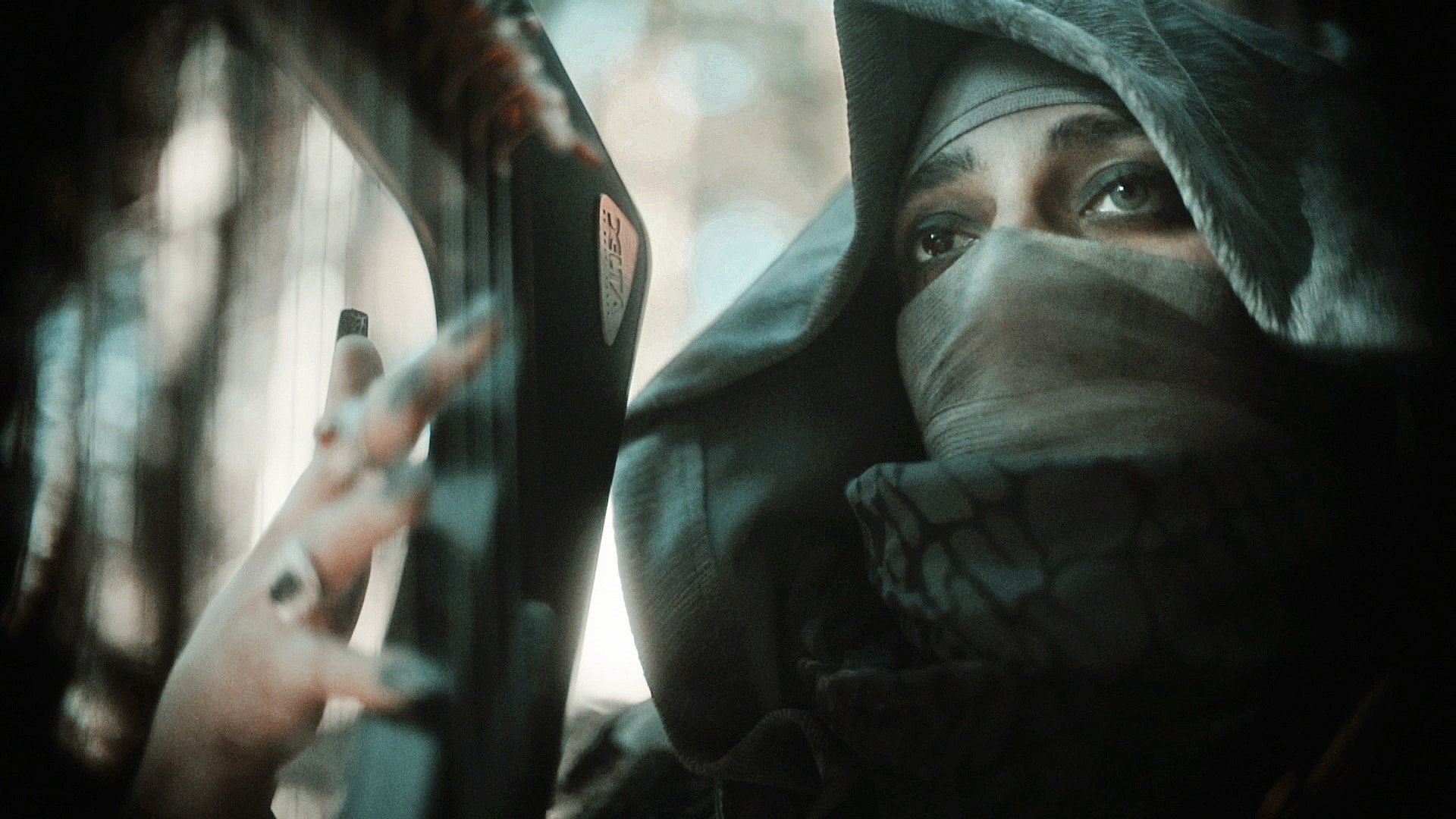 Amidst woods, harps suspended in the air like heretical-mystical instruments, evocations and dances in the grip of possession.

This soundtrack is the result of a sampling of sounds from Fusco’s harp, collected in a digital sound library named Beyond the Harp, Extreme Extended Experimental, available for artists, producers and art lovers on the musician’s official website. In 3 minutes and 47 seconds of experimental music, Music To Make A Dream Come True fuses noise, drones and screams with a magical aura.

The video sees the ghost of Kety evoked by the sound of a harp in a forest but rather than being a dream come true, it’s actually a nightmare. The highly esoteric video clip accompanying the track was shot by Francesca Reverito and Riccardo Bernasconi of Studio Asparagus, amidst woods, harps suspended in the air like heretical-mystical instruments, evocations and dances in the grip of possession.