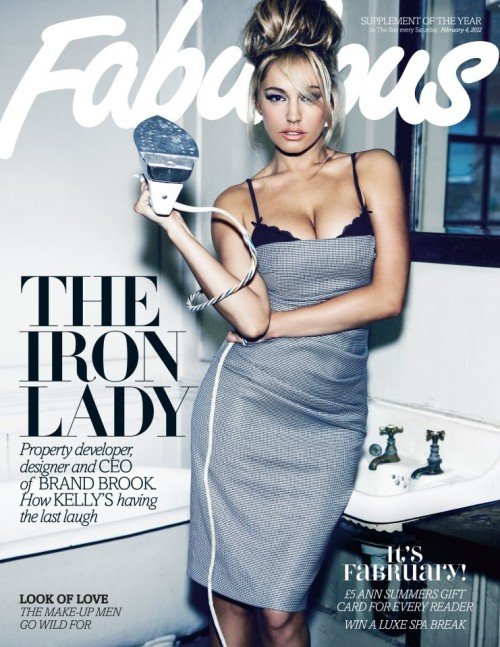 Kelly Brook has issued a warning to Britain’s Got Talent new girl Alesha Dixson in an exclusive interview with The Sun’s Fabulous magazine.

Back in 2009 Kelly was hired as the fourth judge on the hit ITV1 show, then cruelly fired after Simon Cowell decided the three judge format worked better.

Kelly says that if she had been Alesha she would have stayed at Strictly rather than move to the BGT “circus”.

She says: “I’ve been on both sides, and for me there’s a warmth and a niceness to Strictly that BGT simply doesn’t have.”

She explains, “The whole thing is a circus and I don’t want my life to be like that. I’m quite straightforward. I’ve got enough drama in my life without having to deal with Simon Cowell’s as well! I don’t want it. I’ve got no interest in it.”

Kelly added: “I don’t doubt for a second that Simon deliberately stole her from Strictly. I wish Alesha all the best – it’s a fantastic opportunity.”

Kelly also reveals that she’s re-focusing her career onto her business interests in a bid to create Brand Brook.

She says: “I’ve been to Hollywood, I’ve been on the West End stage and I’ve ticked those off my list. But now I want to focus on building my little brand and business and I’m loving it…I’m a Jack of all trades, master of none! Just a working class girl who’s hustling.”
That’s our girl!