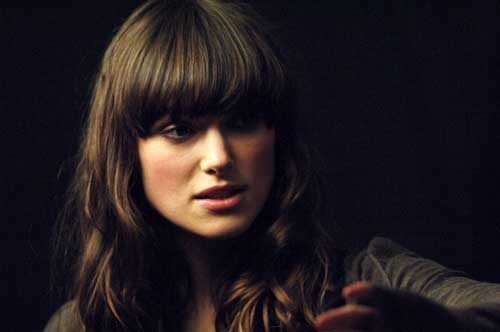 Multi-award winning actress Keira Knightley and Atonement director Joe Wright have teamed up once again to make a landmark film to raise awareness of domestic violence. 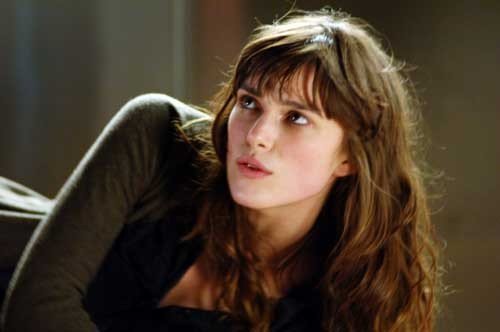 Joe Wright gathered together a crew of over 50 who between them have a host of Oscar and BAFTA nominations for previous work, including Oscar nominated Cinematographer Seamus McGarvey and BAFTA nominated make-up and hair designer Ivana Primorac. All have donated their time to work on the film, as did Keira Knightley and Joe Wright.

Keira Knightley said: “I wanted to take part in this advert for Women’s Aid because while domestic violence exists in every section of society, we rarely hear about it. We may not think we know someone who has experienced domestic violence, but this does not mean that it is not happening.

Domestic violence affects one in four women at some point in their lifetime and kills two women every week. Without the services provided by Women’s Aid, many more women could be at risk of being killed, yet without donations the charity may not exist this time next year. Please donate £2 a month to Women’s Aid to help save lives.”

The two minute film, ‘CUT’, sees Keira arrive home after a day’s filming to be confronted by her abusive partner. The scenes that follow are disturbing but all too common and the film ends with the statement, ‘Isn’t it time someone called cut?’ The film is supported by print and the film can be seen online at cutmovie.co.uk from April 2nd.

Nicola Harwin CBE, Chief Executive of Women’s Aid said:
“We are so grateful to both Joe Wright and Keira Knightley for donating their time to make this public awareness advert. We hope the Women’s Aid campaign will both increase public awareness of domestic violence, letting abused women and their families and friends know that there is help out there, and also raise vital funds for Women’s Aid, to help us to continue in our work.

For the last 35 years Women’s Aid has provided lifeline services to those at risk from violence in the home and we will continue to help save lives and keep abused women and children safe until we can put a stop to domestic violence.”

Chris Hirst, Managing Director from Grey London said:
“So many talented people have dedicated their time to this powerful campaign to raise awareness of a subject that remains taboo despite the staggering statistics that two women die from domestic violence every week.”

Media has been donated by Pearl & Dean, DCM and Admedia.
If you or someone you know is affected by domestic violence, go to womensaid.org.uk for information and support, including The Survivor’s Handbook which is available free to download in 11 languages.

Women’s Aid is asking everyone to go to womensaid.org.uk to donate £2 a month to help save lives.
cutmovie.co.uk