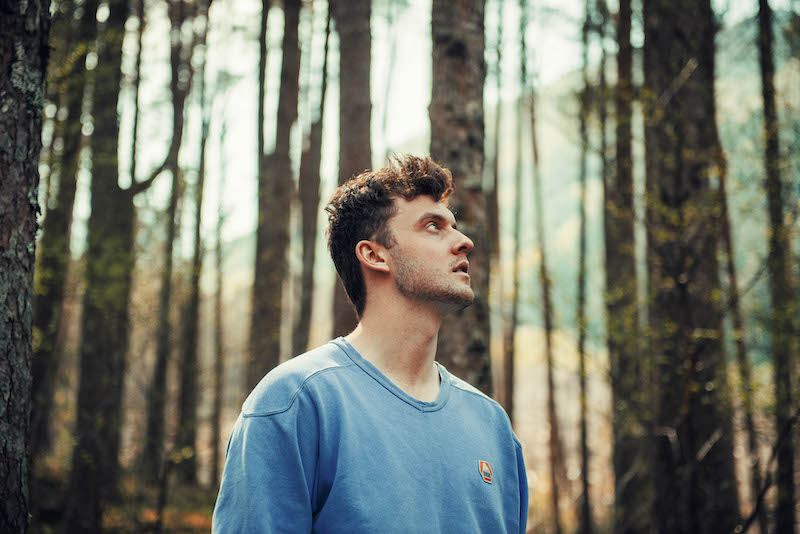 Growing up in Fort William, 18-year-old Keir Gibson was surrounded by his family’s love for traditional Scottish music. Yet despite his upbringing, the young singer and songwriter has looked to create a far more contemporary form of music, blending electronica, pop and folk into a heady blend of forward-thinking intentions that sees him follow in the footsteps of artists such as Maggie Rogers, Julia Michaels and Lauv.

So with his debut single Eyes wide charging up the streaming charts these last few weeks, we decided to sit down with the frontman to find out more about his musical influences and what we can expect from him in the months to come.

What is the first album you bought?

‘Mylo Xyloto’ was the first album I ever bought. I was 10 years old at the time. I used to listen to it on every car journey I went on with my parents. There’s so many great songs on the album that I still find myself listening to songs like Charlie Brown and feeling inspired to make music.

I love visiting the city but I definitely prefer living in the countryside, as this is where I can mountain bike, ski and get away from any stresses. For me, this provides a good balance.

Who is your favourite musical storyteller?

Wesley Schultz is someone I really look up to as a writer. The detail in his lyrics give him the ability to tell vivid stories using powerful imagery and this is something that I really admire.

Where did you find the inspiration behind ‘Eyes Wide’?

‘Eyes wide’ is a song I wrote about a relationship I was in that became toxic. It’s about how someone changed and I was always trying to adapt my behaviour and who I was as a person to try and please her.

What can we expect from Keir Gibson for the rest of 2019?

I’m busy writing at the minute so there will definitely be some more music to come, as well as more live shows!

Keir Gibson’s debut single Eyes Wide is available to stream and download now, and he will soon be making an appearance at this year’s True North Festival on the 21st September. Have a listen to Eyes Wide below.