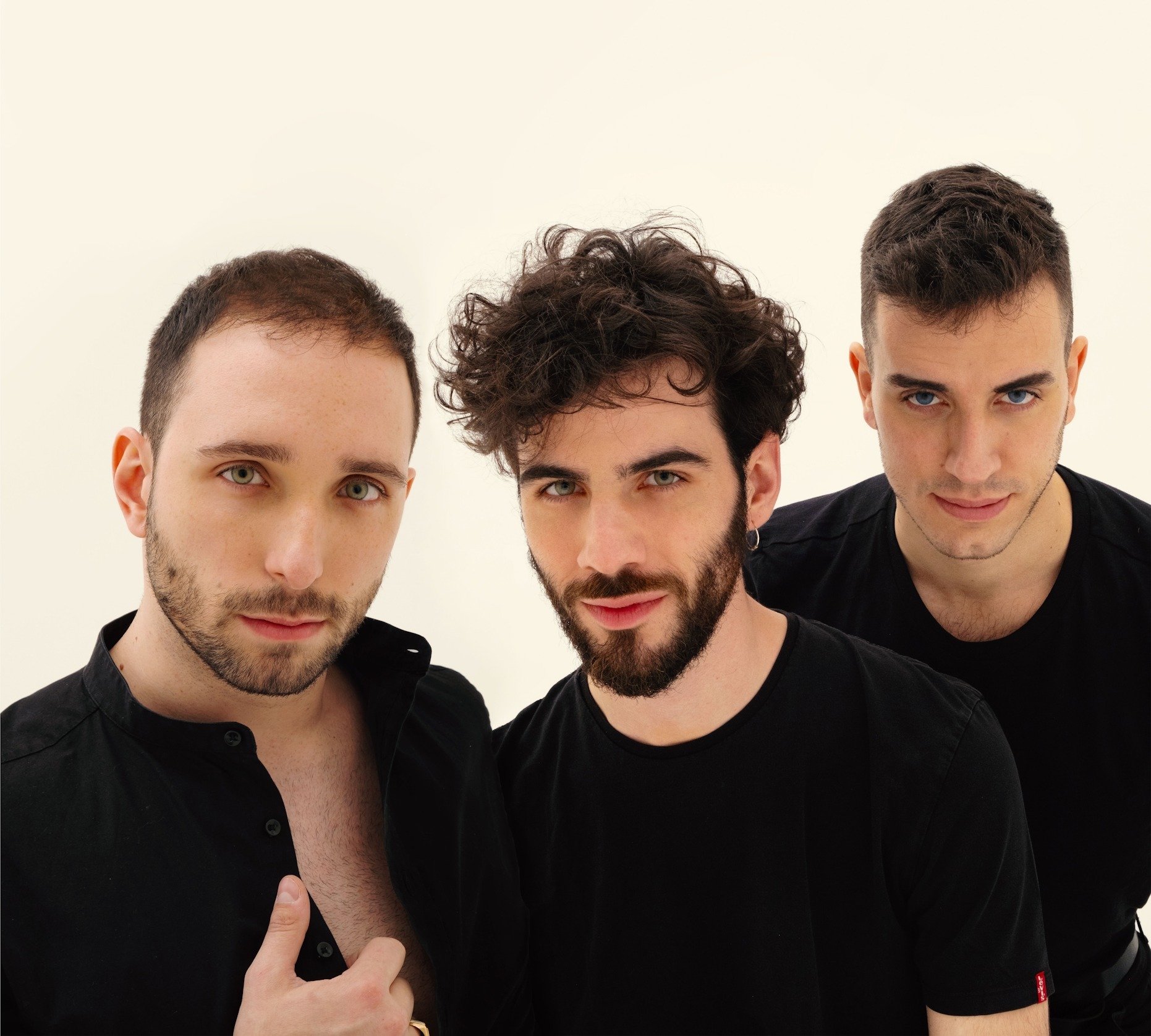 I (Alberto, singer) believe the first album I ever bought was Made In Japan by Deep Purple. I must have been around 11 years old, I adored that record so much. Raw, powerful, intense in all its moments. In my opinion probably the best live album of all times. Funny enough, some years after, during one of KEEMOSABE’s first concerts in London, precisely at “The Islington”, Roger Glover (Deep Purple’s bassist) was in the audience and came to meet us at the end of the show. It was a legendary moment!

We all come from very different musical backgrounds, and our aim is to create music that explores different genres, so it is hard to name a few artists. For that reason David Bowie is certainly a huge inspiration, but we’re also quite in love with Queens of the Stone Age and Sam Fender.

First of all, we have a strong relationship with nature as a source of inspiration. Our studio is located in a tiny cabin lost in the woods of Lake Maggiore, Italy. Here we create all of our music and the environment around the studio is fundamental in enhancing the creative process. We also find David Lynch’s cinematography deeply inspiring, as well as modern artists like Callen Schaub.

Tell us about your new track Out of the City (Pt.2)’

Out of the City Pt.2 is the ‘sequel’ of Out of the City Pt.1, which is a concept that deals with the theme of evasion. The song urges us to truly rediscover ourselves by refusing to conform to accepted norms that do not belong to us, while breaking the chains that psychologically block people. At the same time, the whole idea is supported with a dazzling, heist inspired, tongue-in-cheek video clip directed by Montsugi. We had a lot of fun in recording the song and shooting the video and so far the feedback has been really positive.

Well, in just three weeks we will release our debut album Look Closer and we’re absolutely excited about sharing it with the whole world! This album is the result of four years of experiences, travels around the world and unforgettable moments that happened thanks to the music that brought us together. We decided to take a broad spectrum of influences and combined it in a record that has different musical moments. It was a meditative experience and it cleared our heads and allowed us to create music and to live communally away from the hustle and bustle of city living.