Keane have announced two Irish dates as part of their forthcoming arena tour early in 2009. Opening the tour in Belfast’s Odyssey Arena on Friday 23 January, the trio will then play Dublin’s O2 before continuing the tour on into the UK. Tickets go on sale this Saturday 27 September at 10 am.
The band are set to release their third album Perfect Symmetry in Ireland on Friday 10 October. The follow up to 2006’s hugely successful Under The Iron Sea was recorded earlier this year in Paris, Berlin and the depths of the English countryside. 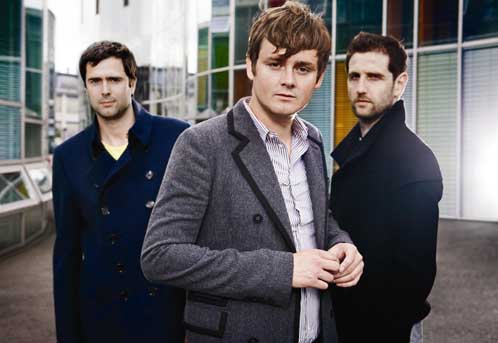 In May of this year both of Keane’s previous albums were voted into the Top 20 Best British Albums of all time by readers of Q Magazine with Under The Iron Sea landing at number 8, and Hopes And Fears at number 13.
KEANE -Live In Concert
The Odyssey, Belfast
Friday 23 January

UKÂ£30.50 incl. booking fee for the Odyssey Arena, Belfast
Under 14s must be accompanied by parent/guardian

Tickets limited to 8 per transaction.

For those fans eager to get their hands on tickets before anybody else a special pre sale is available for 48 hours only. More info on this can be found at keanemusic.com
For further information see: mcd.ie /ticketmaster.ie