Having recently celebrated their fourth consecutive UK Number One (with the eight-track EP, Night Train), Keane have announced plans to play a surprise acoustic set at this year’s Glastonbury Festival.

The band will perform on the Avalon Stage on the Sunday afternoon. 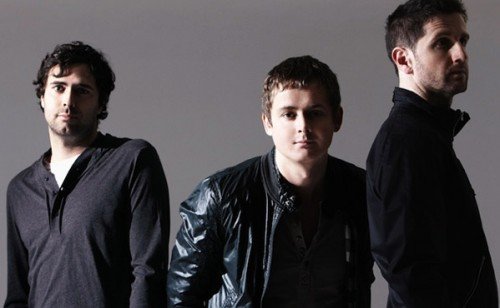 The Sussex trio weren’t originally due to perform at this year’s Glastonbury, as they have their own sold out forest shows in Yorkshire and Staffordshire on the Friday and Saturday night of the festival. But the band themselves, as huge Glastonbury fans, really wanted to be there to help celebrate the festival’s 40th Anniversary.

“Weâ€™ve been going to Glastonbury as punters for years now” says Keane frontman Tom Chaplin. “I love it there – we all do.

The atmosphere simply cannot be beaten and it’s the best place to stumble upon all sorts of amazing acts”.

“The festival clashes with our UK Forest Tour this year but we really wanted to get involved with their 40th anniversary celebrations so at the last minute we’ve decided to play an acoustic set on the Avalon Stage on Sunday afternoon.

We’ll be arriving during the early hours of Sunday morning so will get to enjoy the last day of the festival too”.

They’ll finish their (no doubt storming set) about an hour later. “And then,” says Chaplin, “we’ll get straight out there to enjoy the rest of the festival!”
www.keanemusic.com