The Brands plan to focus on their own projects instead of following in the footsteps of David and Victoria, explains Katy Perry.

“I have no criticism for them at all, they’re the f**king Beckhams,” says Katy,  “They’re as big as Brad Pitt and Angelina Jolie”. 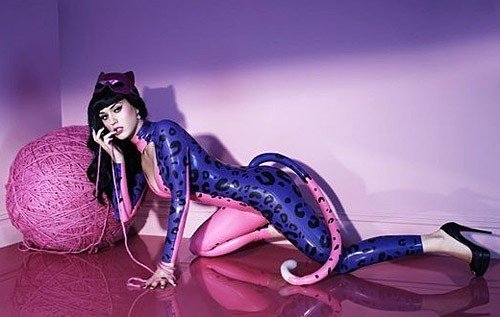 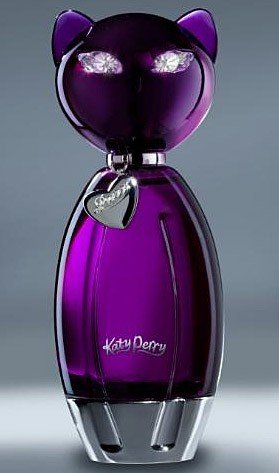 Teaming with Gigantic Parfums, Perry was deeply involved in the development of her signature scent.

Purr by Katy Perry opens with a fresh citrus accord featuring peach nectar and forbidden apple with green bamboo.

“I’m absolutely thrilled to finally introduce me in a bottle. There is a wonderful world of fragrances out there, but like with my music, I believe there is room for me and my own unique twist on it.

Purr is a natural extension of who I am as a woman – it’s a gorgeous blend of all my favorite scents that embodies my style, my tastes and my love for all things incredibly cute. It is an absolutely purrfect perfume that I hope leaves you meowing with delight!” explains Perry.

The singer-songwriter was also hands-on in the design of the bottle.

Having appeared on stage dressed as Catwoman along with an oversize blow-up cat, it’s no secret that Perry has an affinity for all things feline.

She used this inspiration when designing the bottle for Purr by Katy Perry, complete with jeweled eyes, metallic accents and opulent lavender coloring.