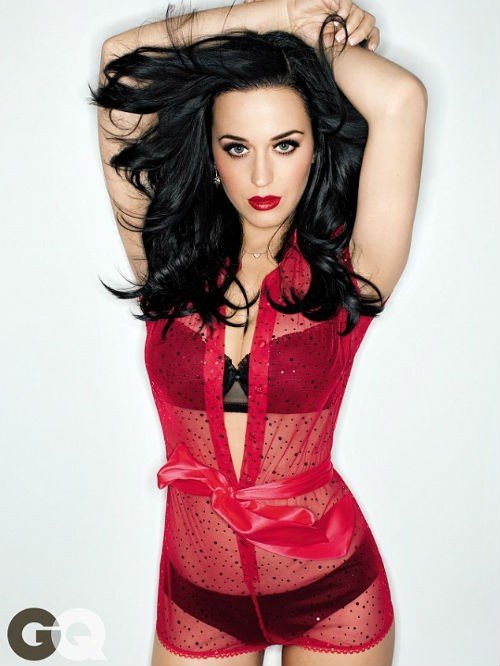 Pop princess Katy Perry gives GQ’s Amy Wallace an earful about aliens (real), her world-famous body (real), her “relationship” with Obama, and what the hell she was thinking before she went full geisha at the American Music Awards…

“I was thinking about unconditional love, and I was thinking: Geishas are basically, like, the masters of loving unconditionally. All I was trying to do is just give a very beautiful performance about a place that I have so much love for and find so much beauty in, and that was exactly where I was coming from, with no other thought besides it.” 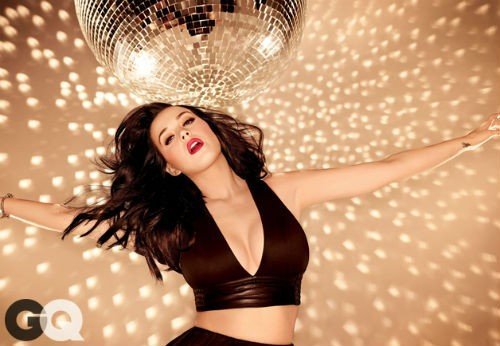 Perry—whose given name is Katheryn Hudson—was more focused on singing and growing up than on studying…“I lay on my back one night and looked down at my feet, and I prayed to God. I said, ‘God, will you please let me have boobs so big that I can’t see my feet when I’m lying down?’ ” At age 11, “God answered my prayers,” she says, glancing south. “I had no clue they would fall into my armpits eventually.” 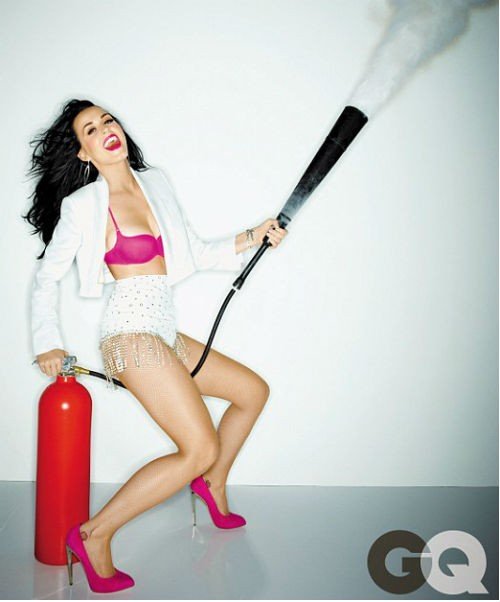 By then, she’d already discovered what she calls her “magic trick”: When she sang, people would pay her for it. At 13, “I’d go to the farmers’ market in Santa Barbara, and I’d put out my guitar case, and I’d test out these little ditty songs that I would write, and I would get a couple of avocados, a bag of pistachios, and, like, fifteen bucks. That was a lot of money for me.” 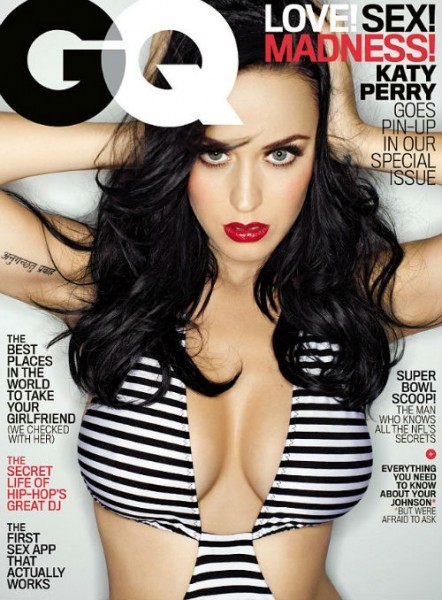 The family was poor, as in eating-from-the-food-bank poor. “We kind of barely got by,” she says. “Money was always the biggest problem in our house.”

She believes in “a cosmic energy that is bigger than me,” although she has abandoned many of the teachings of her parents. (“I do not believe God is an old guy sitting on a throne with a long beard…. I don’t believe in heaven and hell as a destination.”) Today, hers is a faith born of possibility and optimism, she says, adding that she takes being a role model seriously. “I’ve never had any plastic surgery,” she says proudly.

“Not a nose, not a chin, not a cheek, not a tit. So my messages of self-empowerment are truly coming from an au naturel product.”

She is, in every way, a California gurl. “I see everything through a spiritual lens,” she says. “I believe in a lot of astrology. I believe in aliens. I look up into the stars and I imagine: How self-important are we to think that we are the only life-form? I mean, if my relationship with Obama gets any better, I’m going to ask him that question. It just hasn’t been appropriate yet.”

On the relationship with Obama she says: “I might have won Wisconsin for him,” she says. “Actually, I didn’t do too much, but he called on me a couple of times. Which was very nice.”