Katie Price needs no introduction, and her partner, cage-fighter Alex Reid, recently triumphed on Celebrity Big Brother, entering the house as a rank outsider but eventually winning with a staggering 65% of the vote. Now the nationâ€™s eyes are on the couple . . . 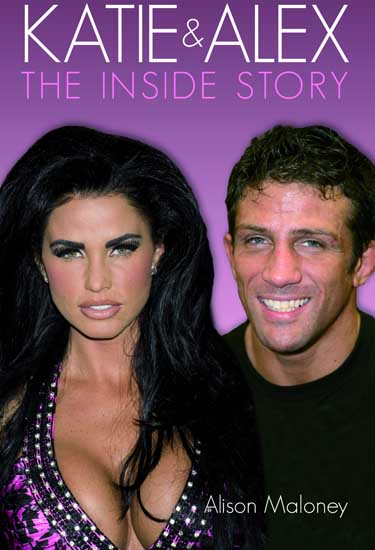 â€¢ The first ever book to explore the relationship everyone is talking about.

â€¢ Packed with all the gossip about how they got together after Katieâ€™s painful break-up with ex-husband Peter Andre.

â€¢ Describes their rollercoaster relationship, including how Alex felt when Katie dumped him during Iâ€™m A Celebrity, and how Katieâ€™s family and friends have taken to Alex.

â€¢ Unveils the effects of the press scrutiny on Alex â€“ including stories about his penchant for cross-dressing â€“ and how heâ€™s coming to terms with life in the media spotlight.

â€¢ Includes an up-to-the-minute analysis of Celebrity Big Brother, on which Alex â€˜turned the boos into cheersâ€™ and won over the nation; how Katie really feels about her loverâ€™s newfound popularity, and their post-show holiday together.

â€¢ The new reality series What Katy Did Next which will include her blossoming relationship with Alex, airs from March 2010 on ITV2.