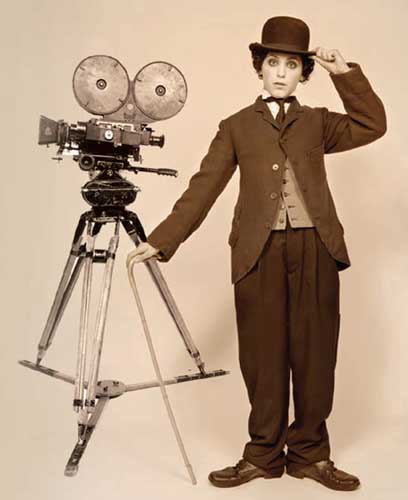 Mary Pickford, the second single to be released from Katie Melua third album â€˜Picturesâ€™, is a witty and poetic musical tribute to the greats of the silver screenâ€™s golden days.

As a child (and before she changed her name from the less glamorous Gladys Smith) Mary Pickford ate rose petals wishing to absorb their beauty. Discovered by the director D. W Griffith, Pickford (and her soon to be infamous beauty) moved from Broadway to Hollywood.

By 1917 Pickford and Charlie Chaplin were the two highest paid movie stars in Hollywood. The moustachioed and swashbuckling Douglas Fairbanks, meanwhile, had become romantically linked to Pickford and the three travelled across the US by train selling war bonds. Setting up his own production company, Fairbanks soon had â€˜much cashâ€™ of his own becoming the third highest paid movie star.

In 1919 Mary Pickford, Charlie Chaplin, Douglas Fairbanks and the director D.W. Griffith formed the independent film company United Artists. Pioneering, and also seen as a threat to the power hungry major movie companies, United Artists returned the artistic control, and the profits, to the actors.

Mary Pickford is the opening song on Katieâ€™s new, and third album, â€˜Picturesâ€™. Released in October the album has already reached number 2 in the Billboard European album chart achieving various number one and top five positions around the world along the way.

Signed to UK based independent label Dramatico Entertainment, Katie released her debut album â€˜Call Off The Searchâ€™ in 2003. In 2004 and 2005 Katie was the best selling female artist in Britain and in 2006 she became the best selling British female artist in the world â€“ sales of her first album and the follow up, 2005â€™s â€˜Piece By Pieceâ€™, have now topped 7.5 million.