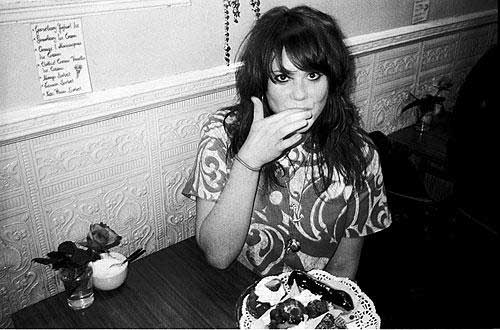 Itâ€™s been a wicked year for young Kate Nash, she fell down the stairs, broke her foot and found that, actually, she could write. Not only that but her voice, both in literal terms and in what she was writing about, hit a chord totally in harmony with her peers. From bedroom/ bedridden noodles to the poignant, sophisticated joshing of â€˜Foundationsâ€™ – her first single since signing to Fiction Records, Kate fused poetry with performance and beats and has produced peerless pop confections – all in less than twelve dizzy months.

Perhaps it is Kateâ€™s unerring ability to articulate the heartbreak of splitting with yet another loser boyfriend or as in her previous single, the independently released, â€˜Carolineâ€™s A Victimâ€™ / â€˜Birdsâ€™: taking the piss out of a bessie mate or Kateâ€™s charming and lopsided slant on declarations of love that have endeared her so quickly to music fans up and down the UK, selling out venues and all the
pressings of â€˜Carolineâ€™ on pre-orders alone. Not only here but in the US Miss Nash has translated; midwestern school girls have been making home videos to tracks such as â€˜Merry Happyâ€™ and writers from France have called from their holidays in China all in an attempt to be closer to Kate.

â€˜Foundationsâ€™ could truly be the rock solid base of something big. Kate Nash has found her feet.
myspace.com/katenashmusic

â€œNash will melt hearts and win fans wherever she goes.â€ Disorder

â€œSimple, honest, witty and far cooler than her competitors, Kate Nash is about to take the nation by stormâ€ The Fly

â€œThe mood is buoyant and the attitude is minty fresh. Underneath is a wellspring of chatty confidence and a remarkable ear for dialogue… catch her while she is fresh.â€ Guardian

â€œOne of the most exciting talents to emerge this year… refreshingly homespun and diverse.â€ Daily Mail

â€œSheâ€™s a unique talent… the sweet yet savvy new troubadour of teenage street-life, like Mike Skinner busking in a mini skirt.â€œ NME

â€œEqually happy pounding away at the piano, fixing beats on her laptop or chatting on the mic…tongue in one cheek, chupa cup in the other.â€ Qvest