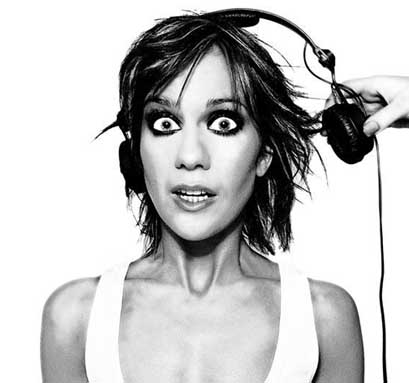 Since first djing back in 2005, Kate Lawler has quickly become one of the most talked about female djs in the dance scene. The Big Brother star, shot to fame back in 2002 after winning the popular TV show. Since then her career has gone from strength to strength raging from TV presenting and celebrity appearances, to the world of music where she is now taking the djing world by storm. Catch her at The Sugar Room, Potthouse on Saturday 8th December where the delicious Kate will be helping kick-start the Christmas festivities.

From TV presenting to reality TV shows and participation in sporting competitions, thereâ€™s no doubting that Kate Lawler is a multi-talented gal. Now her focus is firmly fixed on DJing and you can expect to hear house classics with a clever mix of electro house. But how did a girl like Kate find her way into the djing world? It was through a friend during her formative years when Kate first got an interest. She took a few lessons and decided she wanted to become a DJ but after a short time, Kate packed her suitcases and decided to go and live in Tokyo Japan with her boyfriend for work. Their new life was shortlived after the September 11 attacks had a massive impact on the company. They were moved back to London & Kate returned to her IT Support job. This was all pre-Big Brother. DJing had always been at the back of Kateâ€™s mind since the days of playing vinyl at her friendâ€™s house and she has never been happier to finally do what she always dreamt of doing.
She says;

â€œI have always been into music and for 2 years as school, Iâ€™d make cassettes for all my mates and sit at home every Sunday, earnestly making tapes of my favourite house and garage songs. The amount of tapes I still own with â€œKates House Mixâ€ is ridiculous, but I canâ€™t throw them away!â€

When in the Big Brother house, Kate really missed her tunes but Music was also the only thing she really missed. She missed the buzz and excitement of the clubscene what with her being a really keen clubber since the days when she would use her elder sisterâ€™s driving licence for fake I.D. â€“ not recommended she adds! Kate caught the bug to DJ after going to Ibiza in 2004. It was her fourth time on the island and she went with my boyfriend at the time and a bunch of friends hitting the clubs nearly every night. After hearing the likes of Erick Morillo play at Pacha, Kate would find herself sitting in a quiet bar the following night itching to be back in the clubs, buzzing off the DJâ€™s, dancing her socks off and making new friends!
On returning to England she vowed to save up, buy some decks and be DJing within a year and that journey began early 2005 and Kate has never looked back. Catch Kate for yourself on Dec 8th @ The Sugar Room Potthouse.
potthouse.co.uk