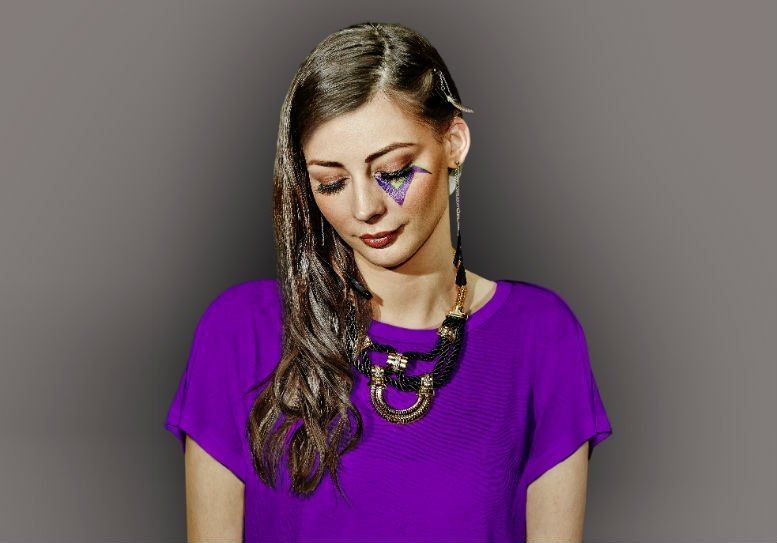 Following the release of her stunning debut track ‘Let it Rain’, produced by The Dealer, London-based, Kwabs-approved, former athlete for Team GB, young and accomplished multi-instrumentalist, singer, Kat Deal, returns and shines with her new track (+ self directed video) ‘Staring Back At Me’ (released on Pocket Aces Music) and shares her thoughts on being “loved and accepted for exactly who you are”, the challenge of directing the new video and running at 5am up the mountains in China…

‘Staring Back At Me’ is a dazzlingly smooth, soulful pop bijou, with jazzy tints.

What’s the idea behind ‘Staring Back At Me’?

I think there’s this ultimate type of love that many people never find or realise exists; that type of love where you’re loved and accepted for exactly who you are, every side of you, where you and the other person just fit so well and all that love does is build you up and make you more confident and propels you forward. The sort of love that sounds scary in case it’s lost but that you just run ‘soul-first’ into. It doesn’t mean there won’t be troubles and rocky times but if you have that fundamental love you’ll push through and always come out the other side. It may sound like a fairytale but I believe it’s very real. With the video, I wanted to show exactly that.

What were your influences whilst writing ‘Staring Back At Me’?

My musical background is jazz, soul and gospel, which I think is very apparent here. I wanted to write a song that I could just sing from the very core of me, something with a melody that tells a story just as much as the lyrics did. I’m a multi-instrumentalist and I actually began writing this on my saxophone; I picked it up and got into the headspace of the sort of pure love I wanted to sing about and then the melody developed from there and I really felt it. The Dealer who produced it just brought it to life, we have such a similar musical background that it was just a perfect combination and I love it what he brought to it.

And…Interestingly you self directed the video as well…Tell us more.

Yeah, that was a great challenge! This video wasn’t the easiest for me to take on such a task, given that all the footage is reversed but the storyline is forwards, it was like a philosophical logical puzzle, I had to work out every scene from the end of it to the beginning and everything crossing over! I’m so lucky that I have crazy people such as Suki Mok (cinematographer) who went with it! Nevertheless I had a strong vision for it, this song came from a really pure and real place and I wanted to portray that visually just as much as I had musically. I wanted to show this development of an amazing but real relationship – the girl becoming more and more comfortable and showing her true colours, the boy being incredible accepting and supportive and then him showing the same (spoiler alert!). But I wanted it to be modern and interesting and quirky. I actually got quite emotional (I’m really not soppy, I promise!) watching Elisha Mistretta and Isaac Sowe bring that to life on set, to work with people who take direction so well and the crazy tasks I give them (like having to catch various items of clothing quickly without looking). I’m very happy I directed it and it’s a new secret passion of mine!

As a former athlete for Team GB, are you watching the Games now? Can you tell us more about your experience at the Olympics?

I’m really busy at the moment with music but I’m trying to watch as much as I can! I’m really loving the gymnastics and diving and obviously looking forward to the athletics. I had a treadmill accident and major surgery which ended my career before London but I experienced world champs and international camps and that was great; meeting athletes from all over the world, the dedication and focus needed was such a life skill. The hard work and schedules whilst away (including necessary rest time) meant that you never got to see much of the countries you were in, which was a bit of a shame, but it was very enjoyable. My favourite experience was being on a run at 5am up the mountains in China (it was 98% humidity so any later and I would have been no more!) and finding a blue lagoon, it was incredible. I was never good at getting over jet lag though, that still hasn’t changed!

On walks at about 2am! I’m not somebody who likes to go to the studio one day and think, ‘right I’m going to write a song today’. I like to be in the right head space, free from distractions, somewhere I can just think and contemplate and feel free and that’s generally on a walk or a run for me or just sitting around a load of instruments, but there has to be an emotional pull to it first. My music taste is pretty eclectic and I come at the songwriting process from both a singer and a musician’s perspective and I find that that naturally comes out in my writing more and more, this soulful pop sound with evident gospel and jazz influences, it’s all a mix of what I listen to and play and enjoy.


What is your usual songwriting process?

In general melody and lyrics come first (whether sung or on an instrument), then harmonies and horns come second as they’re my favourite parts to write in music. It tends to come when I feel something quite intensely. I’m somebody who writes to survive, if somethings happened and I write something good out of it, then that experience becomes totally worth it, no matter what it was. I like to change negatives into positives, but equally I love to write stuff that just makes me happy and want to dance and hoping that it does the same for other people.

Yeah soon actually, I have a showcase/EP launch coming up in late September in London. Think lots of face paint, lots of energy, ridiculously good musicians and lots and lots of great harmonies (Backing vocals are my favourite thing in the world)! I like to go all-out! The music is always the focus, but the look and ensuring everyone has fun is really important to me.

Oh gosh, there are so many that I’d be honoured to work with! But the ultimate would be Stevie Wonder, without a doubt. That guy is magic! Such a gift and someone who’s so in touch with music and his soul.
I’d also absolutely love to collaborate with Robert Glasper on one of his Robert Glasper Experiment projects, I think it would be great given that we both have jazz/soul/gospel/hip-hop influences, I mean he’s an absolute genius! If you haven’t heard Black Radio you have to hear it.