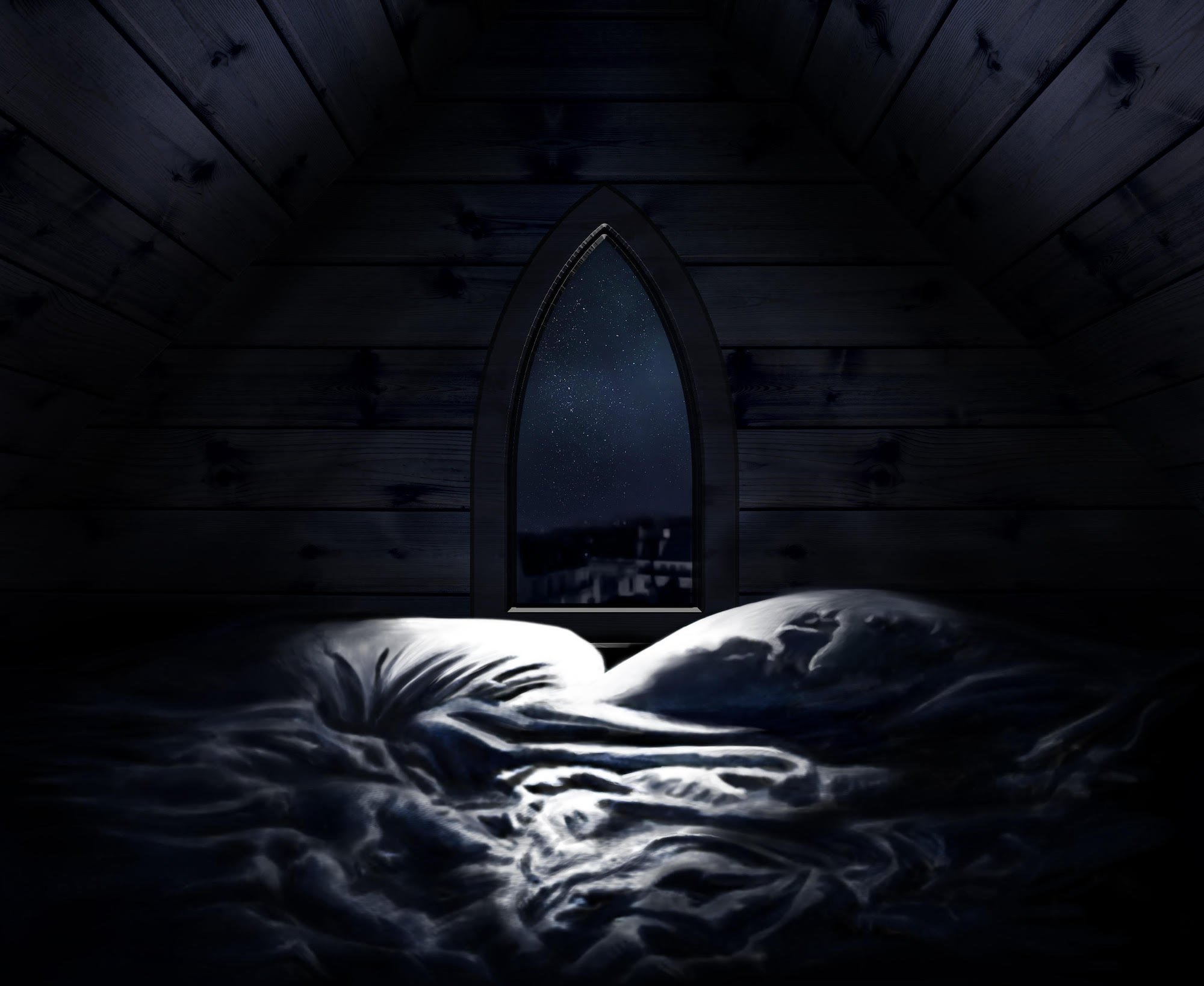 The Middle East’s (via Jordan, Canada and Cyprus) ever-changing alt-indie artist KAIS have returned with their latest single Dark Side of the Light, showcasing their masterful sonic soundscape which they have crafted by leaning on influences in Western and Eastern music alike. The track progresses slowly throughout, as more layers are added which allow for the musicianship of each member to shine in various moments. Julien Koukkides’ drums are the perfect backdrop for allowing the guitars to explore the sonic realm in which this song operates. This ambiguity in the guitar is mirrored in Kais Khoury’s lyrics, which often delve into internal debates over love and temptation, a suitable stream of consciousness for this ever evolving song.

Their own history is essential in informing their musical ideas too. Previous releases War Be Gone and Ain’t Goin Nowhere’ show Khoury’s songwriting prowess but Dark Side of the Light feels like a band who’ve found their feet and are full of confidence following previous success, including their award-winning video for Ain’t Goin’ Nowhere. This confidence is essential in creating the psychedelic, expansive sound and shows how this single showcases the band truly continuing their momentum.

Dark Side of the Light does everything it sets out to do. It is expansive, sonically and lyrically challenging and shows impeccable musicianship. 2021 is a big year for KAIS, but it seems like they are up to the challenge.

It captures the yearning for lost lovers to witness success while offering a simple reminder that relationships always involve a battle against temptation.

What were the benefits of working in your own studio for ‘Dark Side of the Light’?

Well, for one, it is good to support your own studio 😉 .. We’re trying our best to build a client portfolio and a name so I probably will be doing most of my personal upcoming recordings at ‘Hot Soap’. I think the best part is that I get to work with a very talented guitar player, producer and sound engineer, Andreas Matheou, who brings a lot of musical insight and creativity to the table. Also, even though Larnaca is a small town in Cyprus, there are many skilled instrumentalists here. I consider Julien, my go to drummer, a wizard. He looks half asleep while playing the most complex rhythms, lol. The studio, also being in very close proximity to the sea, is a great place to decompress and recharge.

For anyone reading this, you can head over to our website hotsoapstudios.com  for a closer look 😉

How has your songwriting process evolved since Ain’t Goin Nowhere?

I think that when I wrote Ain’t Goin’ Nowhere, I was still a little attached to one particular kind of arrangement style, the Intro, Verse, Bridge, Chorus, Verse, Bridge, Chorus, Middle 8, Chorus sequence, known as an ABC Rotational Form. I think that in my next album, Take Me Home, I started experimenting with more of an “Intro, Verse, Chorus, Verse, Chorus, Middle 8, Chorus” kind of arrangement form for some of the songs I wrote, as well as a style similar to Dynamic Growers, with the emphasis on adding vocal layers or multiple sequential choruses as the song progressed, such as with The Climb or Nasty Tricks. I can say that with time, I also began embracing more ambience in the songs I wrote, through guitar and vocal effects such as doubling, distortion, modulation, reverb and delays. But it goes without saying that the extent of using effects always depended on what the song was calling for. One more thing that changed since Seven Shades of She, the Ain’t Goin Nowhere album, is that I now better understood the importance of writing combinations of songs that gave the impression of a running theme that the listener could soak in with ease and find comfort in. Despite that, I think I’ll either be releasing Singles or EPs moving forward, because I realized that with the ADHD nature of social platforms today, it’s hard to persuade a listener to go through your entire album if you don’t have a name that’s big enough.

As for Dark Side of the Light, I initially wrote the song as part of the Take Me Home album, but it wasn’t fully composed while that album was being recorded, which is why I delayed releasing it until 2020. I also wrote the song at a time when I had just parted ways with my partner, and wanted the emotions to mature, I guess.

The truth is, I sort of stopped making music when I moved back from Canada in 2018 to rejoin a family business and help out my dad. Being locked into a corporate environment messed with my creative juices though, and made me feel like I wasn’t ever going to be able to make music again. But in spite of how terrible the Corona pandemic has been to the world in 2020, the lockdowns and work from home regulations provided me with some needed solitude and allowed me time to go inward again, which helped revive my songwriting to an extent. Also, for the first time, I started writing songs with a piano, and not a guitar, which felt more elemental to me. Some of those songs have been fully recorded, and will hopefully be released as part of an EP in mid 2021.

What were your lyrical intentions with this single?

Dark Side of the Light reflects the power of love, its ability to cast you into depression (the “Dark Side”) and how much the ones we love can represent the light. It captures the yearning for lost lovers to witness success while offering a simple reminder that relationships always involve a battle against temptation. “One side’s here to stay, one side’s gotta win” emphasizes that whatever happens, whether you triumph over sin or not, that will be the pervading reality.

What do you hope people take away from the single?

Well I’m aware that the song doesn’t cater to a wide audience, so I hope that I am at least able to inspire most people conceptually, if not sonically. There is a ubiquitous message in the song itself that I hope people will resonate with, being that everyone who has been through relationships has experienced the schizophrenic nature of the mental and emotional battle with temptation (“sin”). Monogamous relationships at least ;-). The most important thing about triumphing over sin is to be optimistic and completely committed to seeing the ‘light’ in all circumstances.