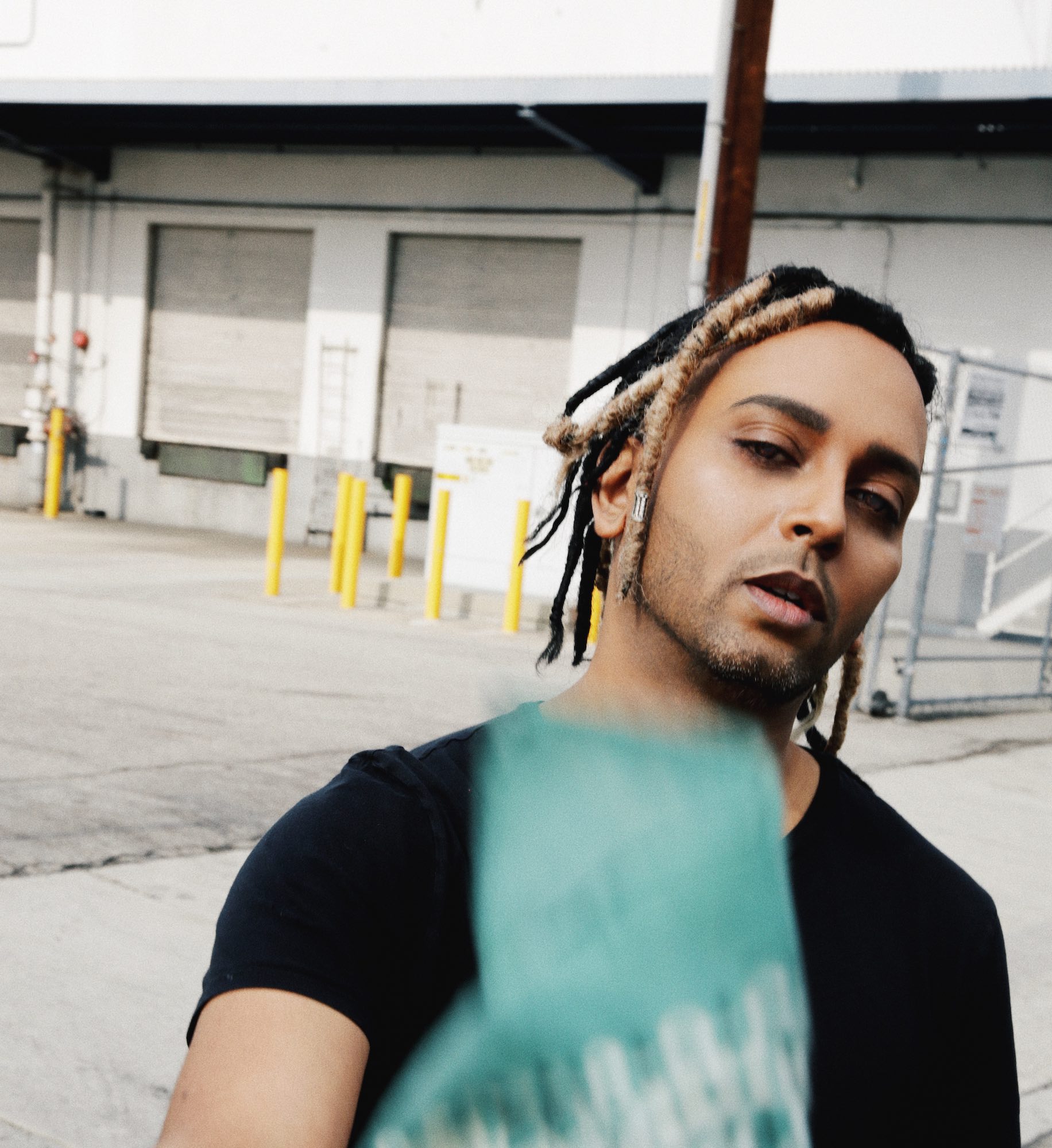 Experimental producer and truly talented artist Kai Exos, talks to us about his new album HOUSEPLANTS, a rather fascinating collection of smooth & relevant Future RnB gems.

So you write, produce, and sing. How did you get into each area?

In the way of writing, It was definitely a teacher finding a notebook. In school, I was seven or eight. And I had started to kind of force my prose in a notebook and the teacher was like, this is good. You should do more of this. I never really thought about singing until probably nine, I was playing piano around the same time at four and then I didn’t really start singing in church until 9.

Were you in a choir or anything when you were in church, too?

Yeah, I definitely was in the kiddy plays and kid choir, and then probably around 14 or and this was all like Baptist, traditional Southern Church stuff.

How did Houseplants come to life?

Well this is really the first time, I’ve always co-produced, but because this album wasn’t really planned, Houseplants wasn’t planned. in Fall of 2019, I just wanted to do something And I had like a bunch of stuff to say.

Is this your first time taking over as Producer as well?

Yes, I have always co-produced but with this, I had a very specific vision. I’ve always done sequencing and obviously playing keys and laying the vocals, I do the arrangement all at once. And I think like what ends up happening is this kind of whirlwind when you’re in the studio, you don’t know, there’s no real separation.

Everything’s just a big flood. So producing on my own is just a way of trying to contain the flood. Actually capture everything.

What inspired the new album Houseplants and what themes did you implement and why?

There’s a poem that Cleo Wade wrote that talks about rooting for each other. That’s what it’s called as well. And that one is probably the thing that I rallied around.

I think I knew what sound I wanted to design. I knew what I wanted to say. But I didn’t set out to, like, make an album that was ‘lovely’ or that processed heartbreak or like anything that I would normally kind of look to like ‘this album is about X’. I do think that the single thread that emerged from this whole thing is the notion of sanctuary. But really what that means is I am very much about protecting and building, that place of sanctuary, whether it’s in my home or just a relationship, I think building a kind of place for us, that’s how we grow.

We Don’t Care offers a positive, carefree message. Do you have any advice for budding artists or readers on how to stay positive during this current time?

I think in terms of staying positive, I really don’t watch the news. I don’t have a TV. I don’t “surf the Web.” I don’t look at anything beyond my explore page on Instagram or my DMs. what I do in between working is reading, and cooking, and resting and staying in touch with the people I love, you know. Gardening too. I think those are the ways.

I don’t care about weather and traffic and that trivial stuff that’s completely out of our control. And I think the stress over “things”. Remember when worrying about your commute was a thing? Now, it’s all about what really matters and I hope that we come out of this trauma with more of that, caring about what is actually important.

That is how I stay positive. I’m saying all that to say that I think you should feel what you feel, and deal with that and be OK with that. You don’t have to be happy and positive all the time. And really, ‘We Don’t Care’ is about being true to what works for you. Honestly, the people that fuck with you are going to stay fucking with you. That’s just what it is. You don’t have to be anything else or anything more or less.

Not to be too churchy. I think that that old notion of idle hands being the devil’s work. Keep yourself doing something. If you just sit and dwell, especially for someone like me who’s very much an observer and a romantic, if I just sit quietly it’s bad news.

Real care is not about being neutral.

What have been standout moments on your musical journey so far?

It’s really the little things for me. It’s when I get a note from a fan or someone who’s just recently discovered the music and they t share what the song meant to them in that moment. My hope and the reason why I even release my music is that people feel something because I’m doing it to feel something. I love everything about music. There’s nothing that I’m just like, this is a chore… I love it.  So I think those are probably the big moments for me. That’s when I look back at the songs. It’s more about how it touches people.

You seem to be creative in all aspects of your work. How have you maintained it or adopted during this time? Are you doing anything differently? Are you discovering new ways to be creative?

I’m definitely discovering new ways to approach in this global shift. I’m a lot more flexible. I wake really early and assess my day differently. I definitely check in with family and friends, whether that be collaborators or friends on text or whatever the case may be. There is a lot of like, ‘how are you dealing with all of this’.  I love cooking too. I’m just like ‘let’s just throw this in and try this’ because it is so much about feel and taste and texture. And now I have graduated to baking which I have always hated cuz it is so much more about the outcome than the process you know? My mom and aunties inspired this so now I’ve been baking cakes and bread and making these cashew flour tortillas. I also make my own chips and That is fun. I get that it’s not even a complicated procedure to make those, but it’s not something I ever would have done before. I like that it’s procedural and how comforting that is. The other day I made a cake and I was like what am I doing? I never would do this, I would just buy one!

Name a famous person in history you’d like to spend time with in quarantine. And why?

I would say Missy Elliott to just make music with her, we could just chop up in the studio all day long. That would be a cool way to spend quarantine. If she would have me, I would do that. I love her.