Justin Bieber’s range of nail polishes has sold out across the United States, breaking retail records.

The nail polish line, Nicole by OPI, completely sold out in 3,000 Wal-Mart stores and the supermarket’s phone lines were bombarded by fans who had missed out. 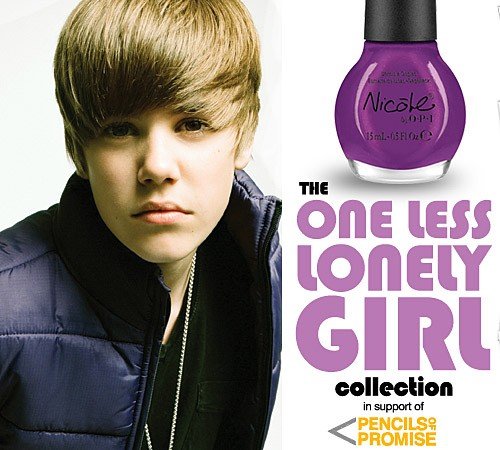 The call centre in Bentonville was flooded and flooded with calls with people wanting to know where they could get the nail polish. We just couldn’t keep up, a store spokesperson said, admitting they had underestimated demand. We thought it would be a stretch since he doesn’t wear nail polish.

But it’s not all good news for the Baby singer he hasn’t been deemed worthy of his own themed Glee episode, despite initial reports that the hit series would focus an entire show on the 16-year-old’s songs.

Glee creator Ryan Murphy spoke out to clear up the rumours: Glee is not doing a Justin Bieber tribute episode. We are not doing any more of those this season. Those are reserved for artists with a big catalogue, a la Madonna and Britney, etc.

But one Bieber track will feature in an upcoming episode of Glee. We are doing an episode where Sam sings a JB song to win Quinn back, Murphy explained. But it’s a small part of a big episode that has a lot of other things going on.
www.mtv.co.uk