We know very few details about the wedding of Justin Timberlake to Jessica Biel other than the news that Jessica wore a pink dress, Justin serenaded her with one song, and most of Justin’s former N’SYNC band-members weren’t invited.

While we wait for the official photos to surface, we did some stealthy Internet research to find out how much each aspect of this wedding might have cost them. It’s been reported that they had the most expensive celebrity wedding ever, supposedly costing them $6.5 million. So where did all that money go!?

Justin flew out all of his guests via a private jet. A round trip private plane ride is roughly $100,000. If they took multiple trips for all 80 guests, we’re looking at twice that amount.

There are no details on WHO designed Jessica’s engagement ring, but word on the street is that it cost $130,000.

If JT and Jessica wanted absolute privacy on their big day, they would have to rent out the entire Borgo Egnazia resort, which would be at least $1 million. 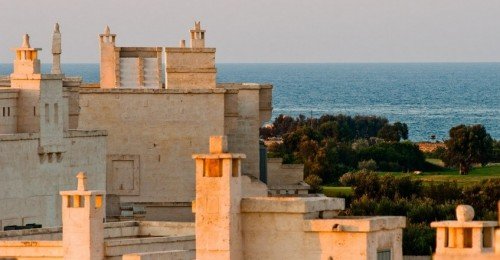 If they wanted to be ultra secret and rent out the adjacent properties to keep out paparazzi, that’s another $1 million.

There were 80 people at the wedding, who were treated to a week of bike rides, fireworks, dinner parties, and sightseeing. Paying for the guests would add another $100,000 to their tab, at least.

Justin and his groomsmen wore Tom Ford suits, which are approximately $5,000 per suit, so that’s around$25,000 right there.

Jessica’s wedding gown was designed by Giambattista Valli, whose dresses usually run anywhere from $11,000 to $15,000. Since hers was a couture wedding gown, it was probably more like $20,000.

They are now on their honeymoon, and if they choose an exclusive location via the same private jet and rooms that can run upwards of $1,000 per night, the honeymoon could tally $100,000.

According to reports, People magazine shelled out about $300,000 to buy their official wedding photos, so at least they got a very small chunk of it back.
By Madison Vanderberg
READ MORE hollyscoop.com